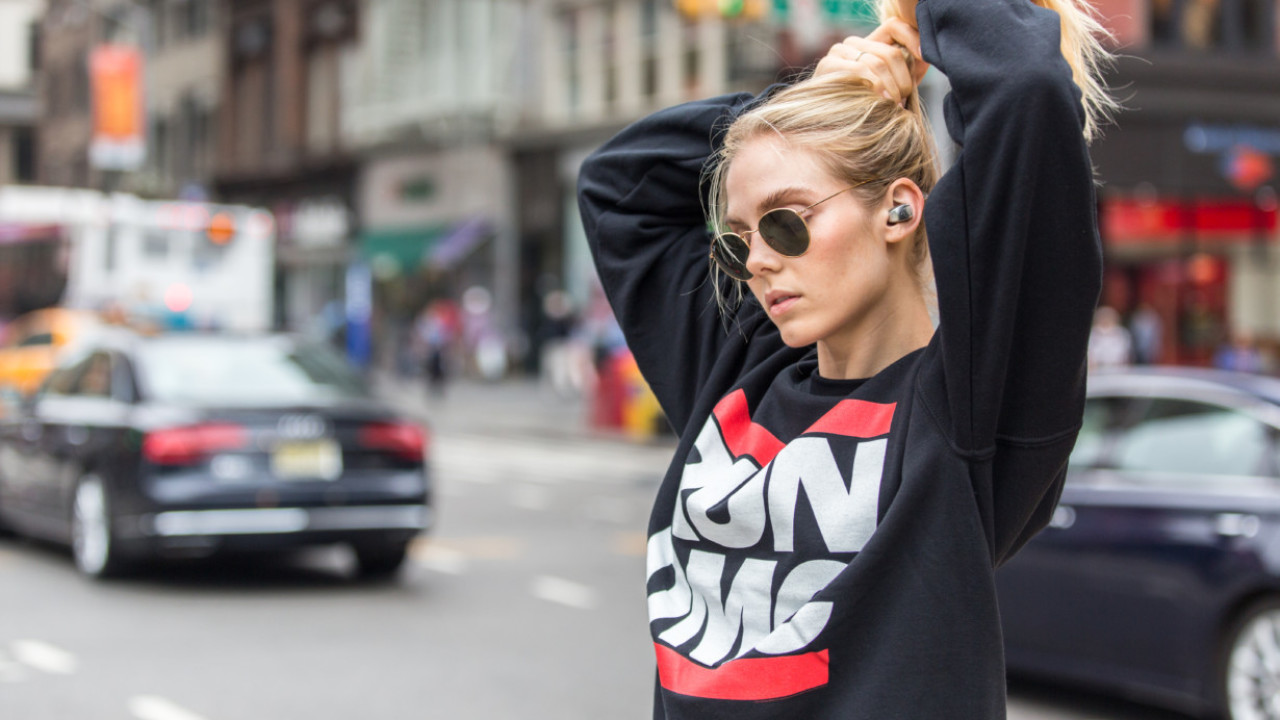 It’s been over two months since Apple released its new flagship phone. That’s two months iPhone owners — for the first time in almost a decade — had to make a tough choice: buy third party headphones, or suck it up and live with another adapter.

I’m always on the side of third-party headphones. Apple’s EarPods were functional, but most of the utility came in the intuitive control system. The EarPods themselves were a good freebie, but iPhone owners could do much better for just a little bit of cash.

When AirPods were announced back in September, I was anxious to give the EarPods’ heir-apparent a fair shake. Unfortunately, I wasn’t one of the few that Apple deemed worthy of sending them to for initial reviews. It’s probably a good thing too; the reviews were a mixed bag and most were pretty unfavorable. I’m nearly positive I would have (verbally) ripped them apart.

I’m still not sure if AirPods are worth the $159 price tag, but in my search for alternatives a company called ‘Skybuds‘ came-a-knockin’.

I was initially taken aback by the size of these things. They were larger than I expected, looking more like a Bluetooth headset your dad might wear than actual headphones. That’s not to say they are ridiculously large, just bigger than I expected from the initial product images.

The set comes with the two earbuds and a carrying case that’s about the size of a Tic Tac container. The case serves double duty protecting the earbuds from damage and acting as a charging hub. It’s smart, and a feature that I really enjoyed. Having a centralized place to keep the earbuds when not in use keeps me from losing them all while ensuring they stay charged whenever I need them.

It’s also a battery itself, so you can plug the earbuds into it after they’ve exceeded the four-hour battery life. As far as longevity is concerned, I was able to get the full four hours the company claimed.

Pairing the headphones was about as easy as it comes, with one major pitfall: the initial firmware upgrade took nearly three hours over Bluetooth. At first I thought something had gone wrong, but the status bar kept moving, albeit slowly. On closer inspection, the app itself says to expect the update to take as much as three hours!

Seriously, how much information does this firmware update contain?

The app is a nice touch, but one that will go mostly unused. Aside from the initial firmware upgrade, I’ll probably only use it to check the battery level on long flights. Other than that, it’s sort of superfluous and doesn’t bring a lot to the table. It would have been nice to have some additional audio settings included or perhaps a built-in EQ to set your own. The app isn’t necessary for use, so any complaining here is really more of a wishlist item than an actual gripe.

The fit was comfortable, but a bit fatigue-inducing the longer you wore them. With occasional breaks, I managed to keep them in-ear for a few hours at a time with no real discomfort; but I can’t imagine wearing them all day. Shaving off just a couple millimeters from the length and thickness would make these infinitely more comfortable.

While larger than expected, the extra girth actually provided a bit more surface area for a snug fit once placed in the ear. It takes a second to get it right initially, but the earbud is supposed to fit like this, sorta sideways and snug inside your ear while being pinned against your frontal earlobes.

Being water-resistant and therefore sweat-proof, the earbuds are the ideal solution for a workout. It’d take a lot to get these things to fall out, even over a long run on the treadmill or a rather intense aerobic workout.

The downside for workout warriors is going to come in the lack of control. The range is surely strong enough to extend a fair distance from your phone, but the controls are limited to accepting or declining calls and starting/pausing music. The ability to skip tracks (forward and backward — currently it’s only possible to skip forward) or adjust volume would be a welcome addition, although it’d have to be accomplished with voice controls as the headphones lack wires, or the required space to add a bunch of additional buttons. But it’s definitely doable, and at least plausible that it could come in a future firmware update. Hopefully it doesn’t take three hours.

Sound is where Skybuds start running into problems.

Staging and clarity were both good to above-average. It was easy to pick out instruments in crowded arrangements in the mid- or high-frequencies and the spacing and location of each generally seemed appropriate.

The entire thing unravels a bit in the lower frequencies. Bass is lacking any real texture, even for an earbud. It’s not that the low frequencies don’t exist — the amount of bass is excellent — it’s the generic sound of it all. Bass sounds like bass whether it came from an 808 or a bass guitar in most cases — in others, it’s just fine. In a word, it gets muddy on occasion. Not always, but enough to be a concern depending on what types of music you listen to most often. For a varied taste in music, these are more than okay. If you find yourself solely listening listening to bass-heavy music, they might not be right for you.

I’d describe the experience as inconsistent and hyper-dependent to what you’re listening to at the time. Response tended to be better in slower-moving arrangements. Classical, jazz, acoustic, or most rock music was mostly wonderful. Once you cross into hip-hop, R&B, or EDM territory though, the bass gets decidedly muddier and it’s often difficult to separate it from the rest of the frequencies.

Sound though, is subjective; there’s nothing here to blow you away, but they are definitely worth a listen so long as bass isn’t the top priority.

My opinion could shift a great deal if there was an EQ option baked into the app too, as a bit of subtle tweaking could go a long way. For now though, I’d say they’re above your average headphone, but not by much.

You can grab a set of Skybuds for $249 at Best Buy or on the website.