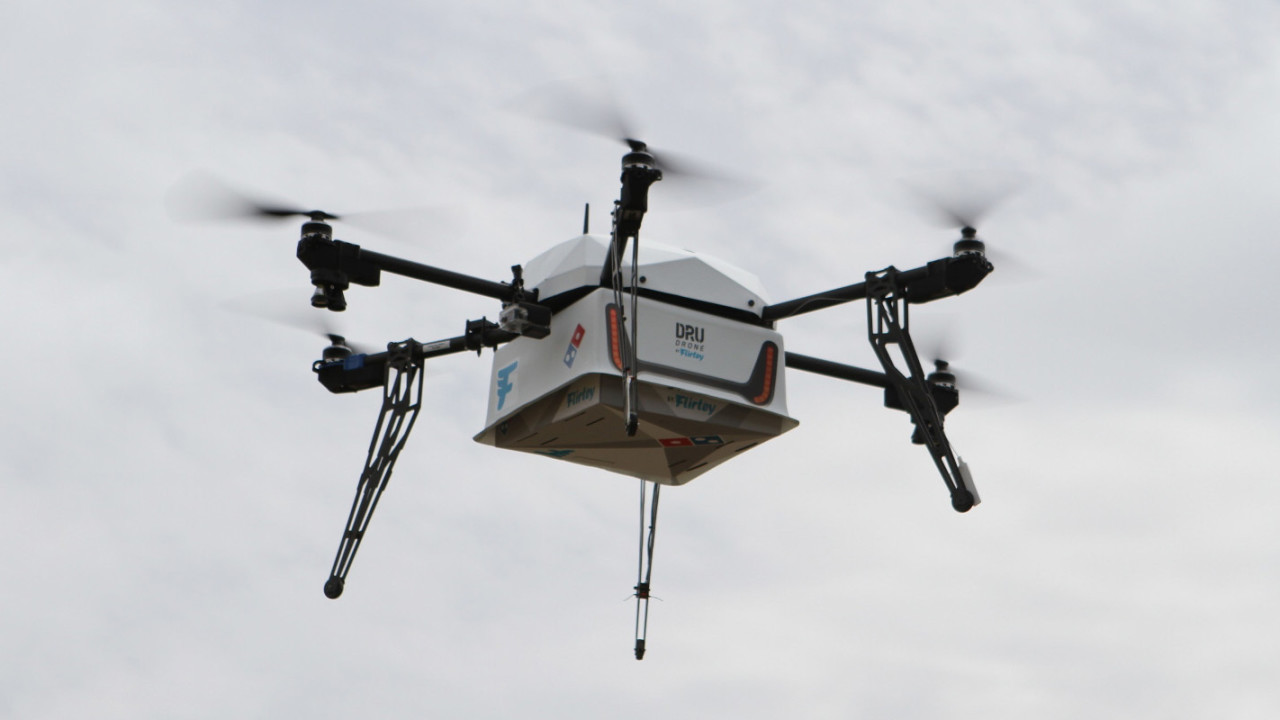 Back in August, Domino’s announced that it had begun trials for a program to deliver pizzas using drones. Today, that dream of couch potatoes everywhere has become a reality.

In partnership with delivery startup Flirtey, the company has begun handling orders by drone for select customers in New Zealand.

The drones themselves are custom models developed by Flirtey using carbon fibre, aluminium and 3D printed components. They’re equipped with a tether to safely lower their cargo into customers’ properties, and include features like the ability to return to their home base or another safe location autonomously in case they’re low on battery power or a loss of their GPS signal.

While Domino’s says it’s keen to expand drone deliveries to other markets and attain delivery times of under 10 minutes, it might be a while before that happens, given the current restrictions on flying unmanned commercial aircraft in various countries.