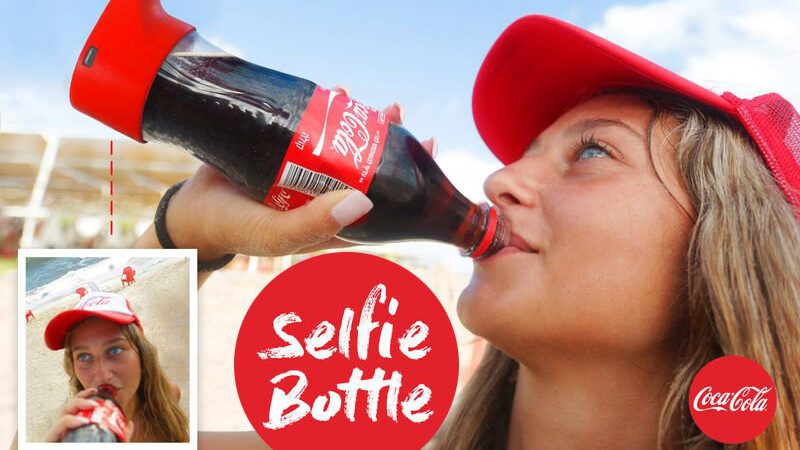 Coca-Cola is arming up to take the social media world by storm. The iconic beverage-maker has unveiled a custom-designed ‘selfie bottle’ camera that lets you casually take snaps as you slurp its less than nutritious refreshments.

Essentially, the ‘selfie bottle’ automatically snaps pics of you whilst taking swigs of soda. To pull this off, the tool uses a proprietary camera technology that captures a photo anytime the device reaches a 70-degree tilt – which is the angle at which most people drink.

The product was developed by Coca-Cola itself after its Israeli branch spotted a gap in the market for novelty drinks. Creative agency Gefen Team helped the legendary manufacturer further carry out the concept.

Here’s what Gefen Team had to say:

Users tag themselves and their friends in photos on Coca-Cola’s social media assets. It really does the trick and makes the partygoers more present and active during the event, knowing they can share their special moments just by drinking.

This isn’t the first time Coca-Cola has ventured into building tech accessories. Earlier this year, the beverage titan showed off an experiment that aimed to recycle old Coke bottles into legitimate virtual reality headsets.

With the ‘selfie bottle’, Coca-Cola has come up with yet another way to make you feel good about yourself as you’re sipping your health away. But hey: At least you can leisurely catch it on cam now.