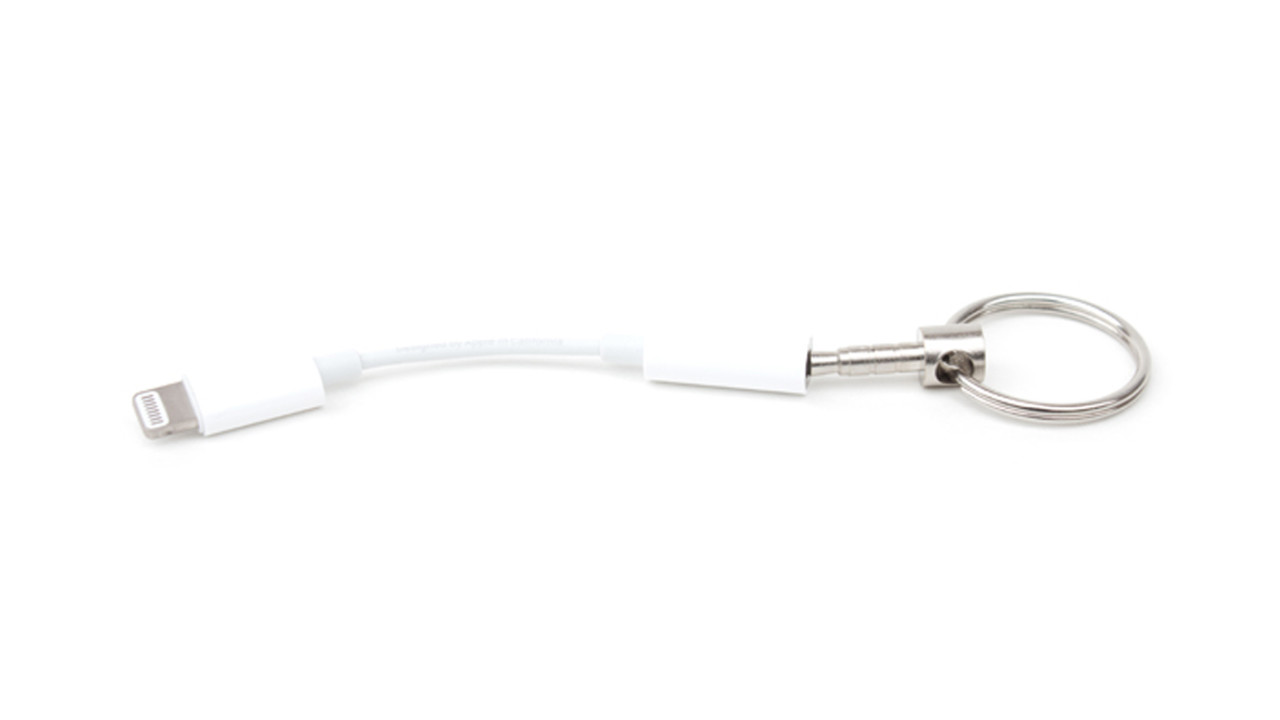 If you’ve been living under a rock for the past two months, you might not know that Apple removed the 3.5 milimeter headphone jack from the iPhone 7. That sucks for anyone one who owns wired headphone without a lightning connector, which is pretty much everyone.

At least you get a headphone-to-Lightning adapter for free in the box, but if you’re like me you’ll lose it within 2 weeks time. But now there’s a lifesaver.

The Uncourage is probably the cheapest Apple accessory I’ve ever seen, but it serves a great cause — you’ll never have to lose your adapter again. By clicking it on the $6.99 keychain, it’ll always be right by your side.

It’s a great idea, even though I’m scared the cable isn’t rugged enough to withstand everyday use.  It also looks kind of dorky, but who cares when you’re able to grab control of the AUX cable at a party again.