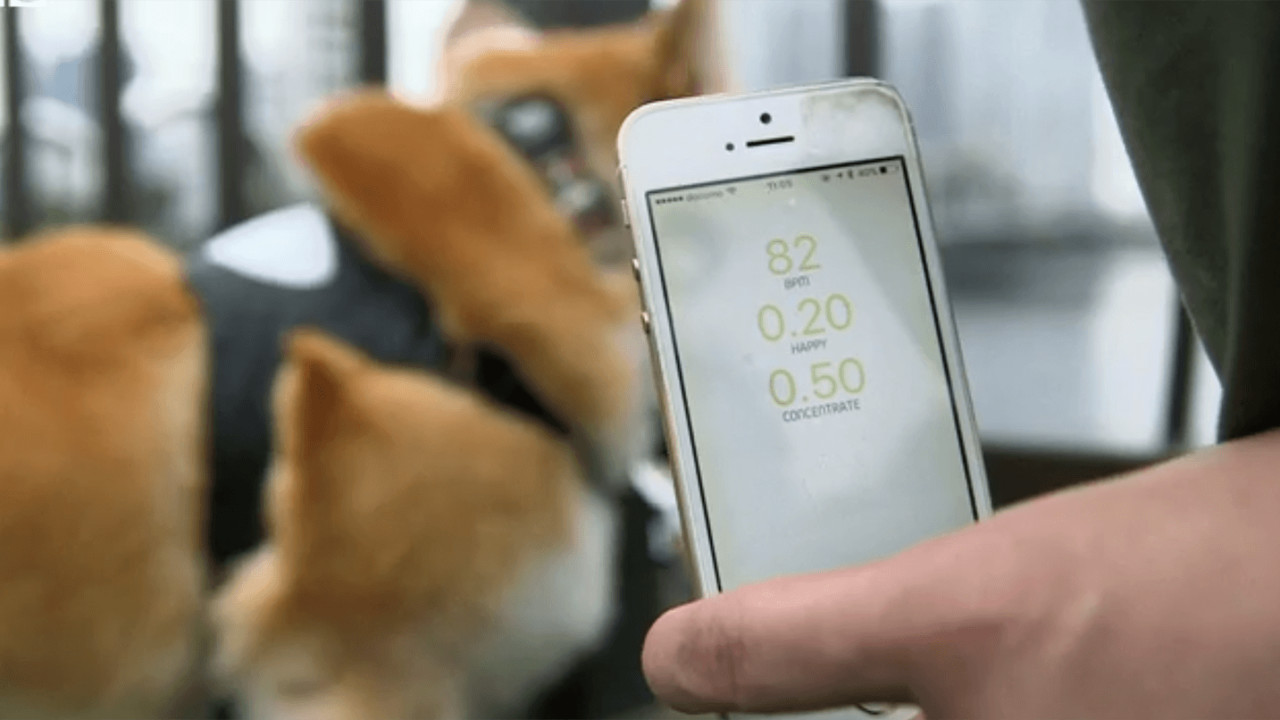 Mood rings were mostly garbage, but the idea that you could create one that allows you to better understand your furry friends is still pretty fascinating. The ‘Inupathy’ collar wants to do just that.

Developed by a biologist in Japan, the collar monitors heart rhythms and displays a color that coincides with specific feelings: happy, calm, excited, or concentrating. Understanding these emotions allows you to better care for your dog, says the device’s co-founder, Joji Yamaguchi. The Inupathy collar, he hopes, will bring us closer to our pets by allowing us to better understand their needs outside of simple behavior and visual cues (barking, whimpering, etc.).

What he found, however, was that the collar lit up red while barking at cats. With dogs, the bark was deemed less aggressive as the collar didn’t display the same color.

While cool, it’s obvious that this isn’t at all foolproof and most pet owners would argue they could discern these emotions without the visual cue of the collar itself. Whether that’s the case or not is entirely opinion-based at this point, but technology that helps us get closer to our dogs is always a-ok in my book.

The collar which visualises your dog's emotions on BBC