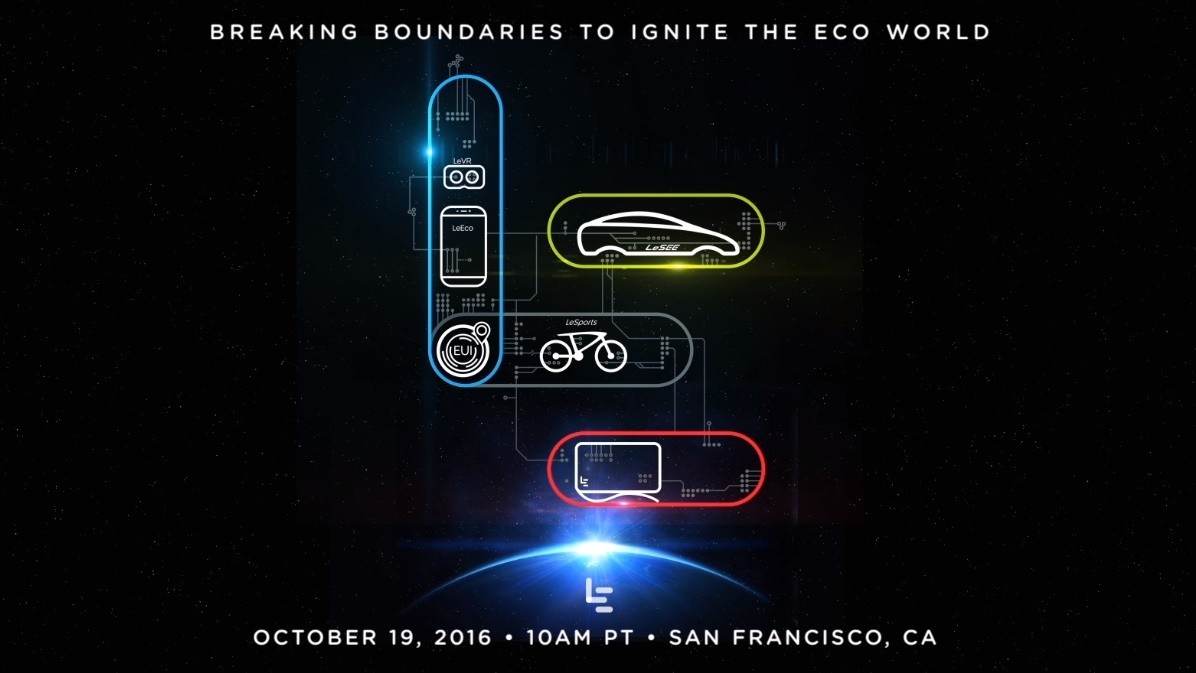 Chinese manufacturer LeEco is finally ready to make its big break in the US. The company today sent out invitation for a launch event in California on October 19.

If you’re not familiar with the company, it’s been making waves for its highly affordable products with pumped up specs. It’s sometimes been referred to as China’s Alphabet – at least when it comes to hardware.

The company announced its Le Pro3 smartphone just a few days ago, and it reportedly sold out 500,000 units in just 15 seconds. That’s no surprise: it’s packing a Snapdragon 821 and 4 GB of RAM starting for the Chinese equivalent of $269. A higher end model packs 6 GB of RAM.

The phone isn’t available in the US, but the upcoming event means we could see it – or other products – hit western shores soon.

It’s not just smartphones though. The company recently acquired popular TV maker Vizio to start making its mark in the US. It’s also experimented withsmart bikes,an Aston Martin-designed autonomous car that wants to challenge tesla, and a variety of other products.

With companies like Huawei, OnePlus and ZTE also making their mark in recent months, it’s clear chinese companies are going to be having a much bigger mark in the US tech market in the coming years.

The event will take place in San Francisco and begin at 10 AM PT/ 1PM ET on October 19.

US Launch on LeEco