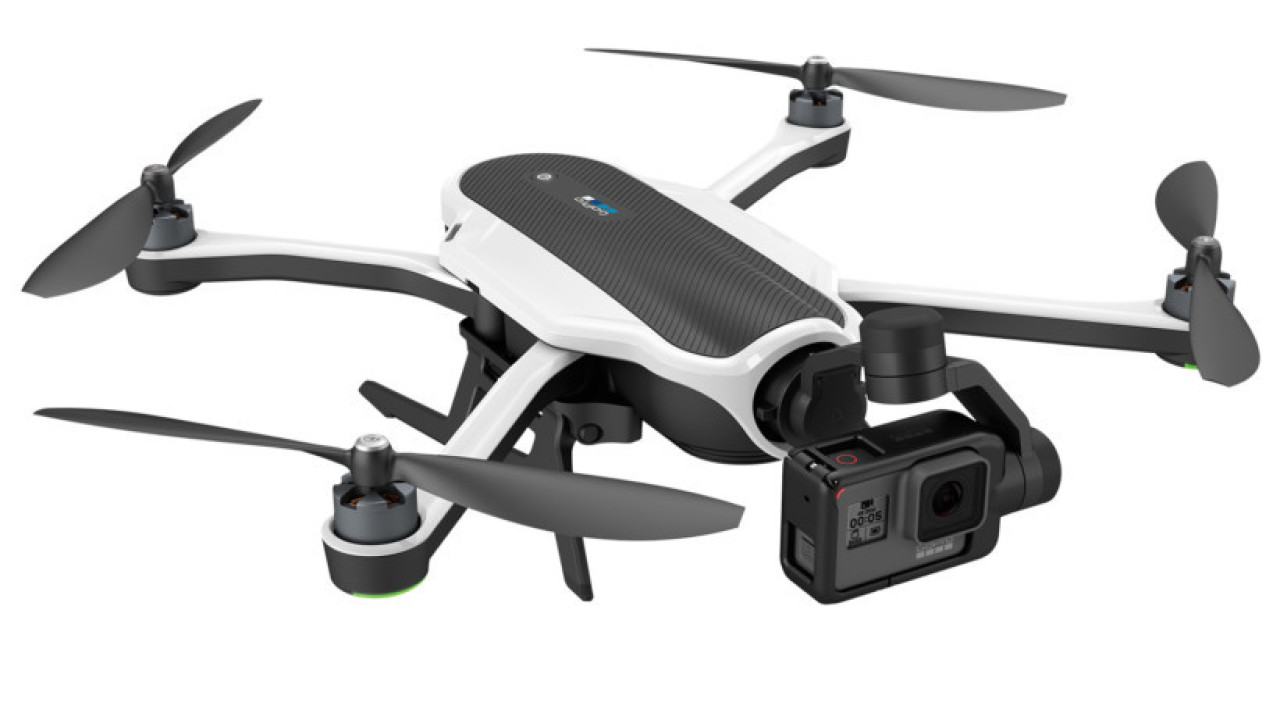 For a company that’s stock has been slapped around over the past several quarters, the need for additional SKUs was evident. Today’s unveiling of a foldable quadcopter called Karma, however, may be too little, too late.

The drone, a quadcopter with interchangeable rotors that fits neatly into a backpack, is GoPro’s plea to investors that it isn’t a one-trick pony. It makes sense to cut out the middleman. Most consumer drones offer their own action sports camera or at least a housing for a GoPro-like option.

It’s not, however, new or noteworthy.

GoPro CEO Nick Woodman introduced the Karma drone today, and aside from the interchangeable rotors and the ability to carry one in a backpack, it’s not much to write home about. It’s a drone. A drone for $799. A drone with features we’ve seen on countless other drones, save the ‘Karma Grip,’ a handheld grip that allows shooters to use Karma as a handheld. The grip is mountable with regular accessories, allowing you to use it on anything your current GoPro works with.

Woodman points out that the handheld grip is as important as the drone itself. The ‘system’ isn’t just a drone, although it’s certainly the backbone.

A lack of new features isn’t necessarily a bad thing. The integration with its own camera and technologies could make the drone market accessible to an entirely new segment of buyers. GoPro loyalty is a real thing, and those that may have never purchased a drone might actually fork over the $800 on GoPro’s version — especially since it works with all of their existing accessories.