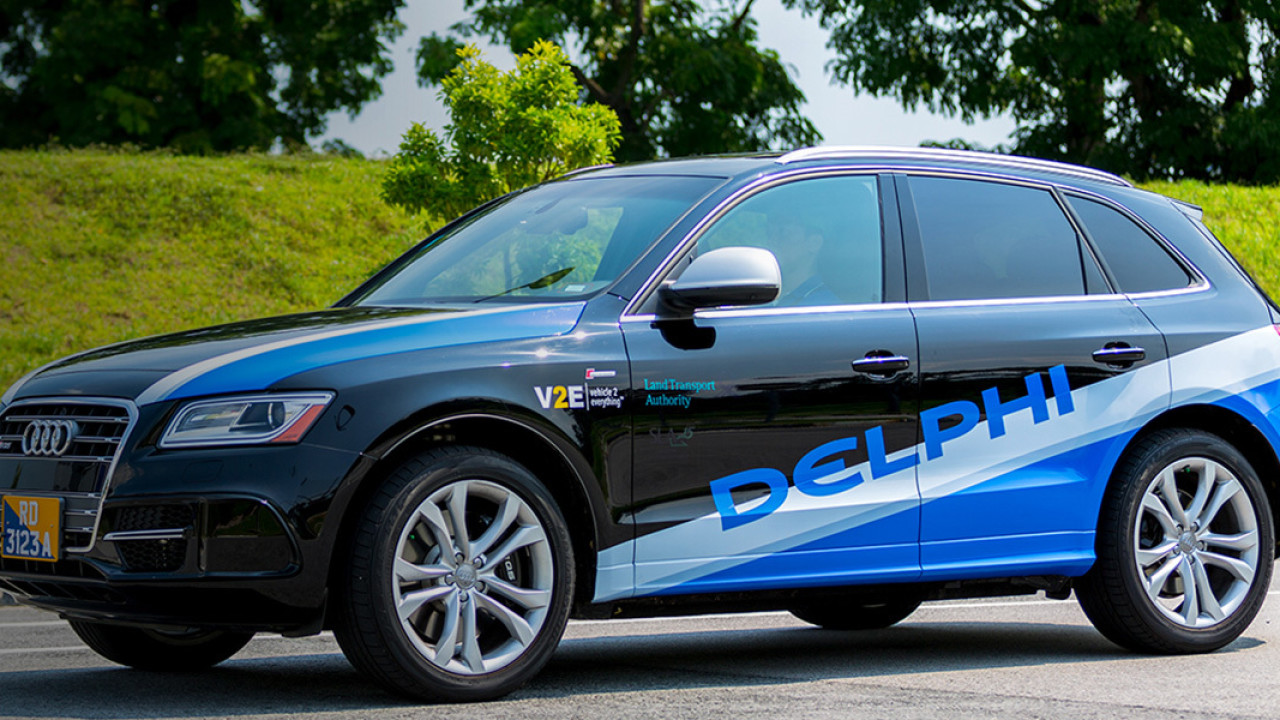 Delphi and Mobileye, two heavy hitters in the world of autonomous vehicle technology, have announced that they are partnering to jointly develop a self-driving system that automakers will be able to integrate into their cars starting 2019.

For those who came in late: Delphi is one of the auto industry’s biggest parts suppliers. In 2014, it showed off an Audi SQ5 fitted with a self-driving system developed in-house, that allowed the vehicle to successfully navigate through 3,000 miles on its own. It also began testing a self-driving cab service in Singapore this month.

Mobileye, which specializes in computer vision, mapping and machine learning, developed the tech that powers Tesla’s Autopilot system. The two companies parted ways last month following a fatal crash in one of the electric car maker’s vehicles, but Mobileye continues to support Autopilot for its client.

The partnership will see both firms invest “several hundred million dollars” and attempt to bring together their respective technologies to create a turnkey self-drive system that’s easy for manufacturers to integrate into their cars. According to the press release:

The automated driving solution will be based on key technologies from each company. These include Mobileye’s EyeQ® 4/5 System on a Chip (SoC) with sensor signal processing, fusion, world view generation and Road Experience Management (REM™) system, which will be used for real time mapping and vehicle localization.

Delphi will incorporate automated driving software algorithms from its Ottomatika acquisition, which include the Path and Motion Planning features, and Delphi’s Multi-Domain Controller (MDC) with the full camera, radar and LiDAR suite.

In addition, teams from both companies will develop the next generation of sensor fusion technology as well as the next generation human-like “driving policy.” This module combines Ottomatika’s driving behavior modeling with Mobileye’s deep reinforcement learning in order to yield driving capabilities necessary for negotiating with other human drivers and pedestrians in complex urban scenes.

However, The Wall Street Journal notes that it’ll take automakers till about 2022 to integrate this new tech – which means they might be late to the game.

In addition to companies like Google, BMW and Volkswagen racing to launch self-driving vehicles around the end of this decade, Delphi and Mobileye also have auto industry giant Ford to look out for. The company hopes to have autonomous vehicles on the road – sans pedals and steering wheels – in the next five years.

Uber is also set to begin sending passengers on trips in self-driving Volvos starting this month. Although there will be human pilots and co-pilots in front, they’re only there to ensure the vehicles stay on track and to record their performance during real-world rides.

It’s now anyone’s guess as to which company will be the first to deliver truly autonomous vehicle technology. The other question is whether regulators around the world will be able to stay ahead of the curve to allow it onto our streets and avoid stalling it.