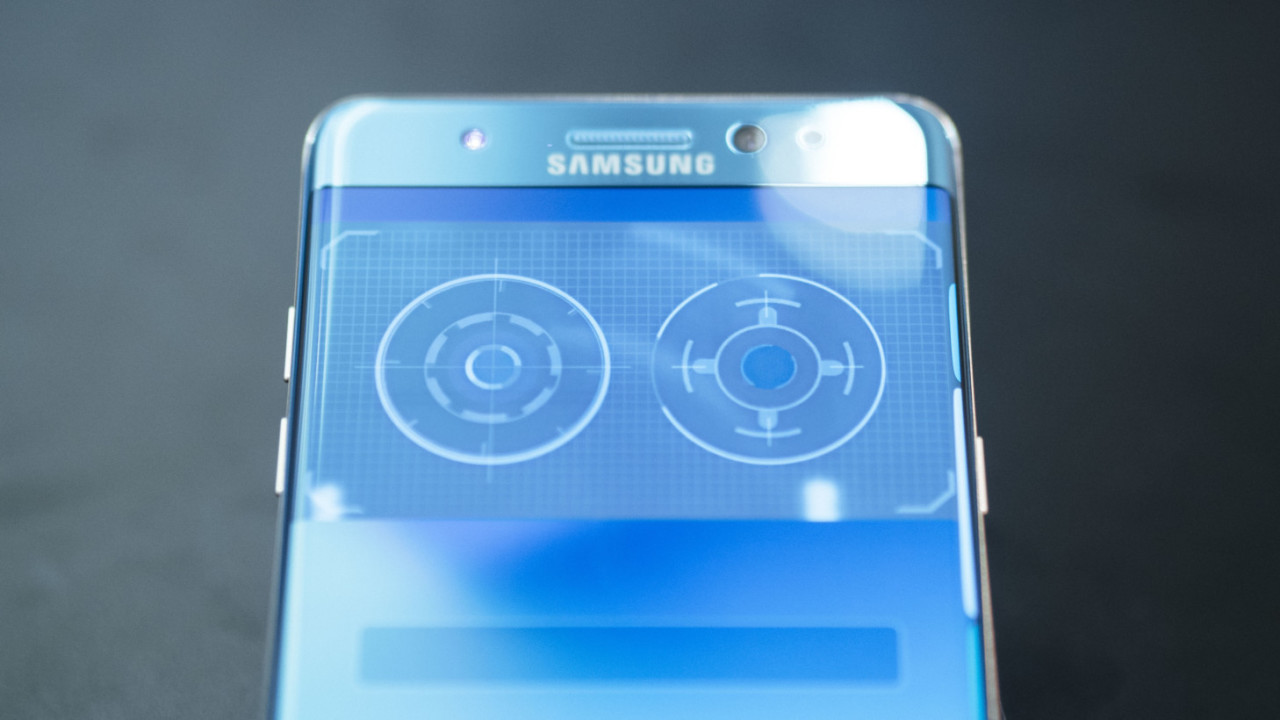 While over-the-top hardware is the norm for Samsung’s Note series, this year the company is taking a bit more of a laid back approach, focusing primarily on the design and software experience.

Since these aren’t all details you won’t get in a spec sheet – and if our extensive hands-on review was too long for you – we thought we’d summarize some of the best tidbits hidden in the Samsung Galaxy Note 7.

The Note 7 comes with the best GIF-making implementation we’ve seen on a smartphone. The screen capture tool allows you to simply select a portion of your screen with the S-Pen and tap record to capture and share a GIF of almost anything on your screen.

It even allows you to adjust the GIF frame-by-frame and it can save the file in low or high quality for storage purposes. You’ll get a little ticker indicating how large the GIF is as you record, and you can even add stickers to your GIFs for extra pizzazz.

The only thing it won’t work on is DRM-protected content (such as Google Play Movies) but that shouldn’t be an issue in most cases. As a general rule, Samsung says the tool works with anything you can screenshot.

I’m not someone who tends to care about other people using my phone, but every once in a while, there are some things I want to keep private (say, buying a gift for my girlfriend). The Note 7 lets you save/access images, files, contacts and apps in an encrypted ‘Secured Folder’ which only you can open via an iris scan.

Samsung says the iris scans are more secure than fingerprints. More importantly, it adds a second tier of security, so you can give your friends and family fingerprint access, but still keep your most private items to yourself.

It works in low light too, and Samsung it won’t be fooled by a photo of you or, erm, a deady body. Thanks for the reassurance.

The S-Pen has been souped-up with translator abilities. You can activate the feature via the Air command menu that pops up when you slide out the pen, and then just hover over any text on your screen to translate between 38 different languages.

Via the same menu, you can activate a new magnify tool to help you look at anything on your screen up to 300% the usual size – useful if you have eyesight issues or simply are trying to zoom in on an image with tiny text.

One of the quieter hardware updates on the Note 7 is implementing a much more resilient screen. The Gorilla Glass 5 display is supposed to be 1.8 times tougher than its predecessor, able to withstand drops from shoulder height (or around 1.6 meters) onto concrete around 80 percent of the time.

We didn’t get to put that to the test, but it should provide just a little bit of peace of mind. Using stronger 7000 series aluminum and the S7’s same IP68 water resistance helps with those too.

Instead of upgrading the screen to 4K resolution, Samsung chose improve the display’s color fidelity by being the first mobile panel to support HDR technology.

While a higher resolution would have been nice for VR, many video enthusiasts assert that HDR provides a more palpable improvement of video quality by more realistically emulating the range of hues and brightness our eyes can perceive.

You’ll need to have actual HDR content to take advantage of the feature, mind you, but at least Samsung is partnering with Amazon Prime Video to get you started.

While the Note 5 let you pull out your stylus to jot down your notes at anytime without unlocking the Note 7 one-ups it by keeping those notes on your screen permanently (if you want). That means you can write down a grocery list and simply pull out your phone as a reminder without ever having to unlock or turn on the device.

Moreover, you can now scroll around to make your notes are now as long as you want them to be, so you’re not just limited to the space of your screen. Your notes are also now consolidated into a single app (instead of the previous four), and drawing is more realistic thanks to color blending of various ink colors.

Oh, and you can use the pen underwater, if that’s your thing.

The Samsung Galaxy Note 7 will be available to pre-order on August 3, and will release on August 19 (in the US). There’s a lot more to it, so for more on the phone, check out our full hands-on review here.