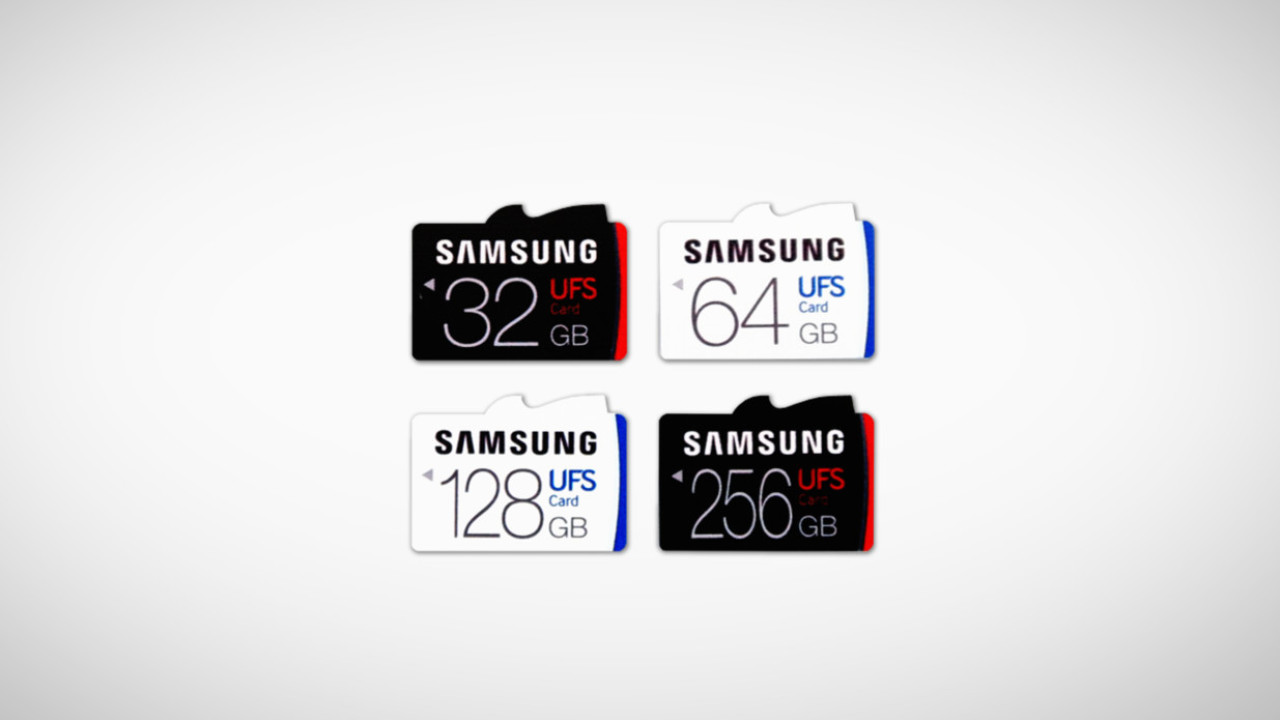 Remember those microSD cards we told you about a few days ago that can hold a ton of 4K video? They’re almost obsolete; Samsung just blew microSD all the way up by adding flash storage.

“Our new 256GB UFS card will provide an ideal user experience for digitally-minded consumers and lead the industry in establishing the most competitive memory card solution,” said Jung-bae Lee, senior vice president, Memory Product Planning & Application Engineering at Samsung. “By launching our new high-capacity, high-performance UFS card line-up, we are changing the growth paradigm of the memory card market to prioritize performance and user convenience above all.”

Those fancy SanDisk cards we thought were so great? They have a 90 megabyte per second read. Forget that noise. Samsung even put itself on notice with these UFS cards!

Here’s the rub: we don’t know how much these things will cost, or when they’re coming out. Considering that flash storage is just now starting to become affordable, these little guys will probably be pretty pricey.

As for being able to snap one up, the JEDEC standard needs wider adoption. Samsung is definitely positioning these for use in cameras, so the Canons and Nikons of the world will need to support them.

Samsung has been preparing us for this event, though. It notes it has been contributing to JEDEC since 2013, and released the card extension standard a few months ago.