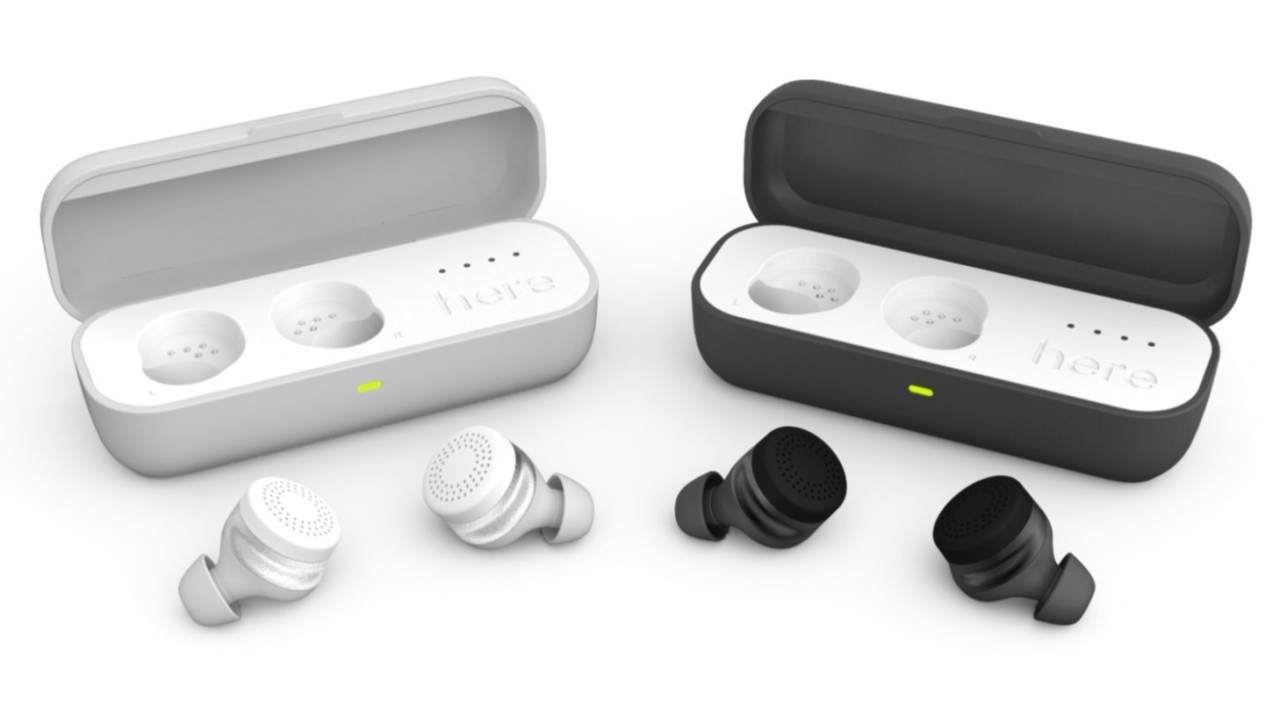 A few months ago, we reviewed the Here active listening system by Doppler Labs. If you’re not familiar, they are a pair of earbuds that could tune out specific sounds from your world (like a wailing baby), or help you tune into other ones (like the bass guitar at a live concert).

That made for an awesome sort of acoustic augmented reality, a step towards Doppler Labs’ goal of getting “a computer in every ear.” There was one big problem though: they didn’t stream music.

As Doppler Labs puts it, the company built a concept car, but Now its ready for mass market. The new Here One takes everything the the original earbuds did and ups the ante to something that makes a lot more sense for everyday use.

Yes, they can finally play music or answer phone calls via Bluetooth. And unlike traditional noise-cancelling headphones, they can fine-tune what sounds are cancelled out, so you can go on your daily run and still hear the world around you. You can even listen to music while maintaining a proper conversation with other people, finally adding that cinematic soundtrack to your life you’ve always wanted.

But they’re also so much more. Doppler Labs says it’s “dramatically improved” the active listening filters from its first-gen product.

While the original earbuds basically worked like an equalizer to remove entire frequency ranges (meaning anything else in that acoustic region would get filtered out as well), Here One has ‘adaptive filters’ that can identify and target specific sounds to enhance or tune them out to your liking. Think human speech, sirens, that aforementioned crying baby, a jet engine, etc.

Even cooler, the Here One come with directional mics, so you can specify the specific direction of the acoustic nuisance you want to tune out (or again, enhance).

Meanwhile, the set-up process now includes a tailoring experience. Rather than assuming everyone has the same baseline preferences, Here One will customize an audio profile. That’s particularly useful if you’re sensitive to certain frequencies or have an acoustic disorder like tinnitus.

Other details are largely the same as the predecessor. Despite all the new hardware, they’re just one millimeter thicker. They last about four to six hours on a charge (about three to four if playing music while tuning stuff out), and they still come with a nifty carrying case that can provide two extra charges.

The exciting part is still to come. Doppler Labs sees the product providing a sort of augmented reality listening experience for events, venues and businesses in the near future.

Imagine going to a museum and doing an audio tour, but actually being able to listen and discuss the artworks with the people around you. You could go to a baseball game and tuning into specific stats for on-field players without tuning out the crowd. Perhaps you’re watching a movie, and want to listen to director commentary without annoying the people next to you.

And with voice assistants (Siri, Google Assistant, Cortana, Alexa, etcs ) and bots becoming ever more prominent, the opportunities for Doppler labs are endless.

The point of it all is that you can enhance your acoustic environment – whether music or commentary – without shutting out the people around you. It’s part of the reason they’re called ‘Here;’ it’s about being engaged and enhancing your surroundings, rather than the exclusively isolated worlds of current headphones.

The Here One will begin shipping in November this year. They’ll retail for $299, and you can pre-order one now from the source link below.