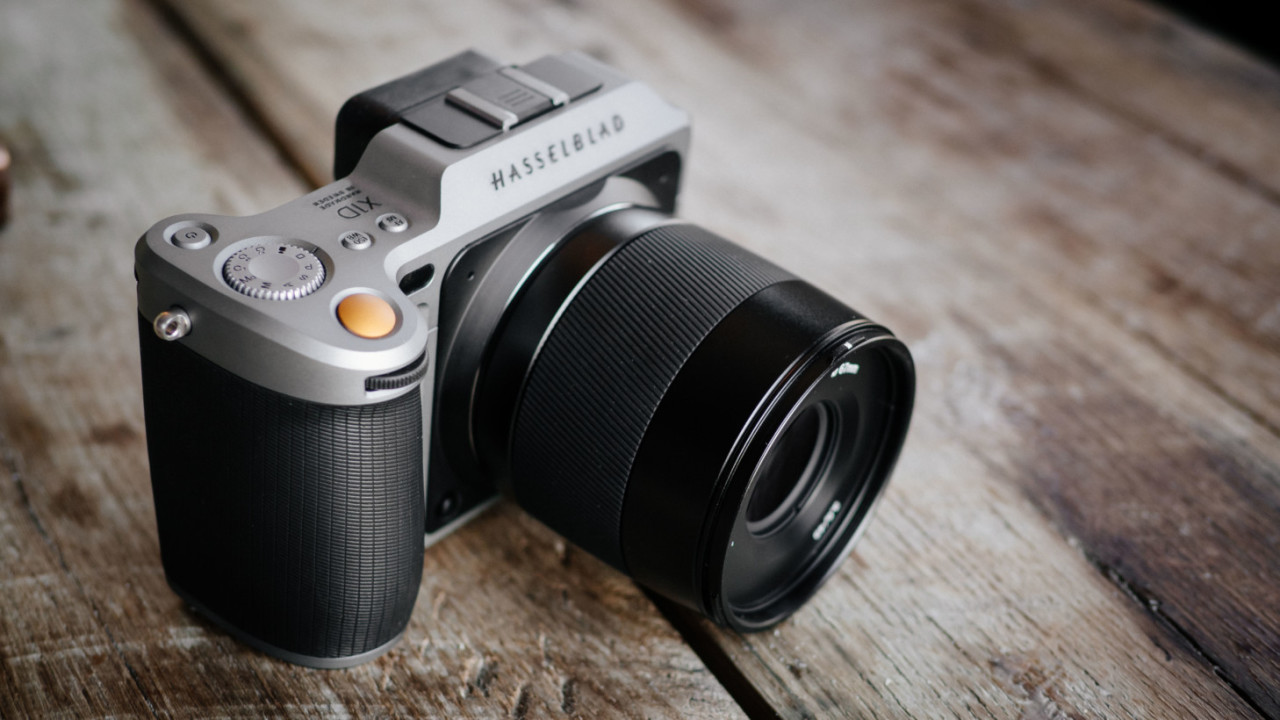 If you’re a photography nerd at all, then you’ve probably already heard about Hasselblad’s new X1D,  the first ever mirrorless camera with a digital medium format sensor. I was lucky enough to spend a bit of quality time with it after it’s announcement.

Head on over to our original X1D post for more technical specs.

A big deal in a small package

Medium format cameras are the supercars of digital photography. They deliver extremely good performance, but are totally impractical for everyday use and way out of most people’s price range, generally starting over $20,000 (Pentax’s 645Z is the exception, but it’s still huge).

All those factors mean digital medium format cameras are generally relegated to slow, methodical studio and landscape shoots on a tripod. They’re just too big and expensive.

But the X1D is not. It has the second largest sensor Hasselblad offers, about 68 percent larger than ‘full-frame’ ones in prosumer cameras like the Nikon D5 or Sony A7R II. Yet it’s only slightly larger than many high-end mirrorless cameras, and a lot smaller than the best DSLRs.

Point is, the X1D is a camera you can carry every day in a small bag. That’s a complete first for medium format. And though $9,000 is still a hefty price, it’s a lot easier to swallow than $26,000. It pushes Hasselblad firmly into competition with the likes of Leica or Canon and Nikon’s most expensive cameras, especially if your income revolves around photography or you just need an occasional rental.

Hasselblad was quick to point out that there are several kinks in the pre-production model I tested, but the camera felt reassuringly solid, with ample metal and comfortable rubber grips to support the large lenses you’ll be using. The term ‘sexy’ was tossed around, and I’m inclined to agree. It’s a lot more like something Apple might make than the amorphously utilitarian design of most medium format cameras, or even Hasselblad’s old rebranded Sony’s.

That design finesse extends to the UI as well, with most interactions revolving around a 3-inch touchscreen. While I can already hear a lot of photographers groaning, the X1D’s UI borrows heavily from smartphones – with large fonts and icons – rather than the clunky UIs of most touchscreen cameras. You can pinch to zoom, scroll through exposure values, fly through menus, and adjust most parameters you see on screen with just a tap.

If you still hate the idea of using a touchscreen to adjust settings, there are still two control dials and dedicated buttons for ISO and white balance, focusing modes, drive modes, exposure lock, etc. My favorite bit of hardware is the mode dial which you can lock by clicking it into the body itself.

I think Hasselblad’s nailed the ergonomics. The touchscreen menus were quicker and more intuitive than using dials or a directional pad, but everything I want to adjust mid-shoot – exposure parameters, focus settings, and white balance – I can do with hardware controls.

You’ll be spending most of your time be using a large and bright EVF. Hasselblad didn’t share the magnification, but suffice to say it was probably the largest EVF I’ve used, and at a 1024 x 768 resolution (2.36 MP) it’s plenty sharp. It’ll take traditional medium format users some getting used to not seeing actual reflected light, but all of us weaned on mirrorless have come to accespt the advantages of an EVF by now.

The refresh rate and contrast-based autofocus could be faster, but it was a preproduction model and rep assured me it’s being improved before launch. Besides, the~2fps continuous shooting rate means this isn’t exactly meant to be an action camera.

I wasn’t able to keep any images and I can’t speak much to image quality from shooting in a small indoor space anyway, but given this is the same exact sensor in Hasselblad’s $26,000 H6D-50c with a few processing improvements, I suspect it’ll be pretty darn good (you can review some 8MP official samples here, or check out images from other Hasselblads).

As for the lenses, I tried out both the 45mm F3.5 and 90mm F3.2 (24mm F2.8 and 70mm F2.5 in full frame terms). They were chunky beasts that made the camera slightly front heavy (you’ll generally want to use a two-hand grip) but still small enough to fit in your camera bag.

My main concern is that those aperture equivalents aren’t very exciting if you’re looking at medium format for the shallow depth of field advantages. But then again, the format’s strength has always been with wide-angle shots, and Hasselblad tells me a 30mm lens (24mm equivalent) is coming to Photokina in September.

Medium format and the future

Turning down the hype a bit, it’s important to remember that current high-end cameras of all shapes and sizes are already really good.

I’ve been shooting Micro Four Thirds professionally for four years, and the only reason I’d personally want a larger sensor is for the aforementioned shallow depth of field benefit. There are official lenses for my relatively small-sensor camera that can out-bokeh the X1D. And full frame probably strikes a better balance between available lenses and sensor size if you want maximum depth of field control.

Still, many photographers argue that medium format’s dynamic range, color accuracy, and per-pixel sharpness are unmatched (photographer Ming Thein has a great write-up here), particularly if you want to print your photos. The X1D’s portability opens widens a realm of photography that has generally eluded the public eye.

Street photography, smaller weddings, and urban exploration will see a sudden influx of photos with the format. Future iterations of the series might be fast enough to be legitimate sports camera. 4K or 8K video would look spectacular. Reporters even joked about medium format selfies. But I mean, why not?

Returning to the supercar analogy, the X1D is doing for photographers what Tesla did for drivers with the Model X. It brought certain aspects of supercar performance down to a somewhat reasonable price, and more importantly, did so in a vehicle you can drive to work every day.

In much the same way, the X1D is bringing the highest form of digital photography into everyday life. Wherever that leads, one thing’s clear: everyone else will have to step their game up.