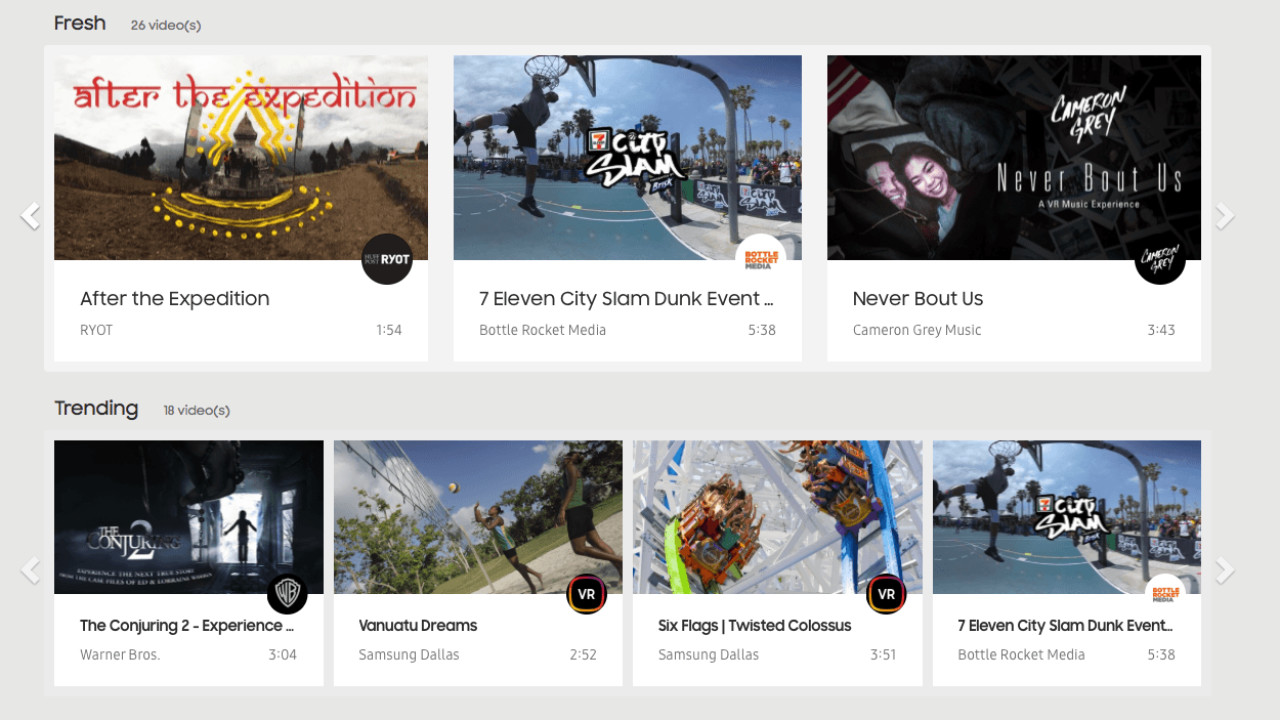 Now that Samsung has officially launched its 360-degree camera, it’s also launching a site where you can upload your videos.

The site is called Samsung VR, and replaces Milk VR which was limited to ‘influencers’ in the VR space (read: brands). In opening Samsung VR up to the masses, the company clearly thinks it can corner an exciting new market.

It’s also a bit ahead of the curve on making 360-degree videos viewable. While you can view them with a Gear VR headset, there’s also a dedicated Android app if you’re on the go — or don’t feel like strapping a headset on.

Samsung is naturally limiting the app to its devices, but claims it now offers an ‘end to end’ solution for VR. I’m not sure if it’s really better than Facebook or YouTube’s own VR offerings, but it’s a big move into an emerging space.

It’s also a bit confusing the label 360-degree videos as VR; the two are not necessarily interchangeable terms.