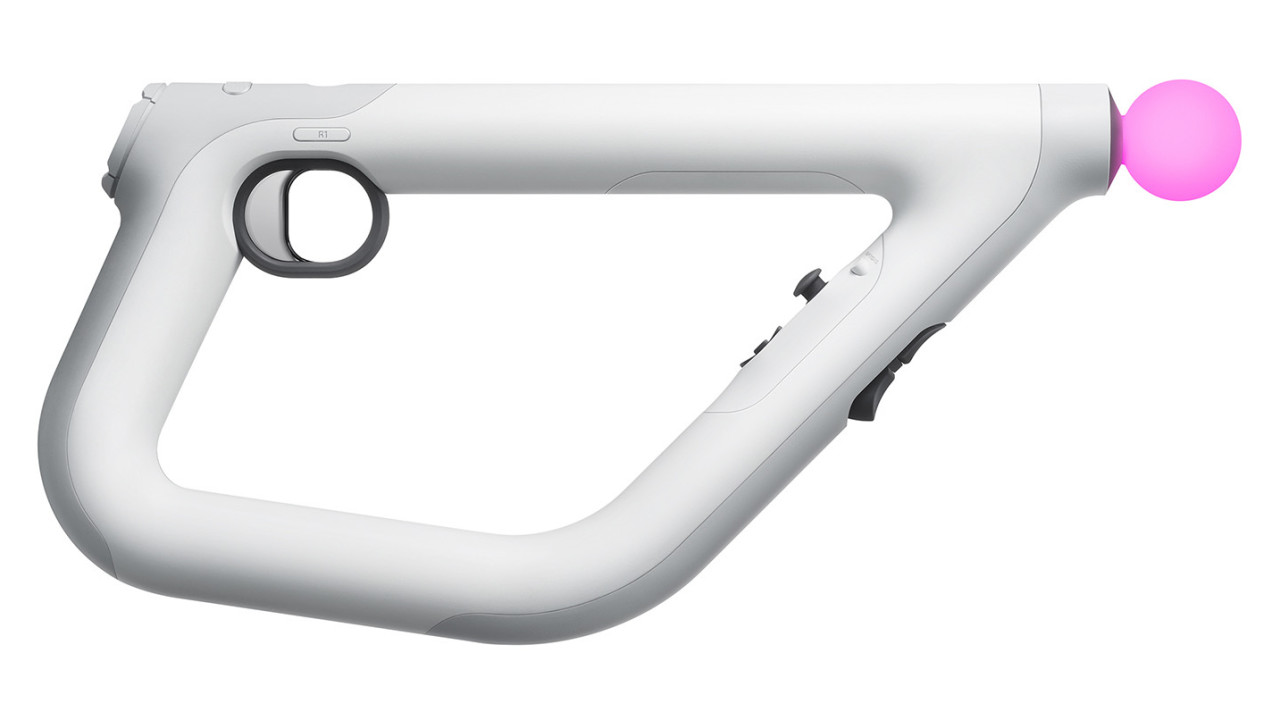 At its E3 press conference, Sony announced that it will launch PlayStation VR on October 13 with 50 games in tow. That includes some first-person-shooters, and it’s got a new controller to handle them better than the DualShock 4.

The PS VR Aim Controller doesn’t look like the most badass peripheral for gunplay. But it does allow for direct 1 to 1 tracking, which means that you can aim in games just as you would in real life.

It also lets games mirror the way you hold and point your weapon, which should make for a more immersive experience. If it’s anything like the Space Pirate Trainer I tried on the HTC Vive which felt totally natural, you can rest assured that it’ll be a treat.

One of the first games that will work with the PS VR Aim is Farpoint, a PS4 exclusive from San Francisco-based indie developer Impulse Gear. You can check out the trailer above.