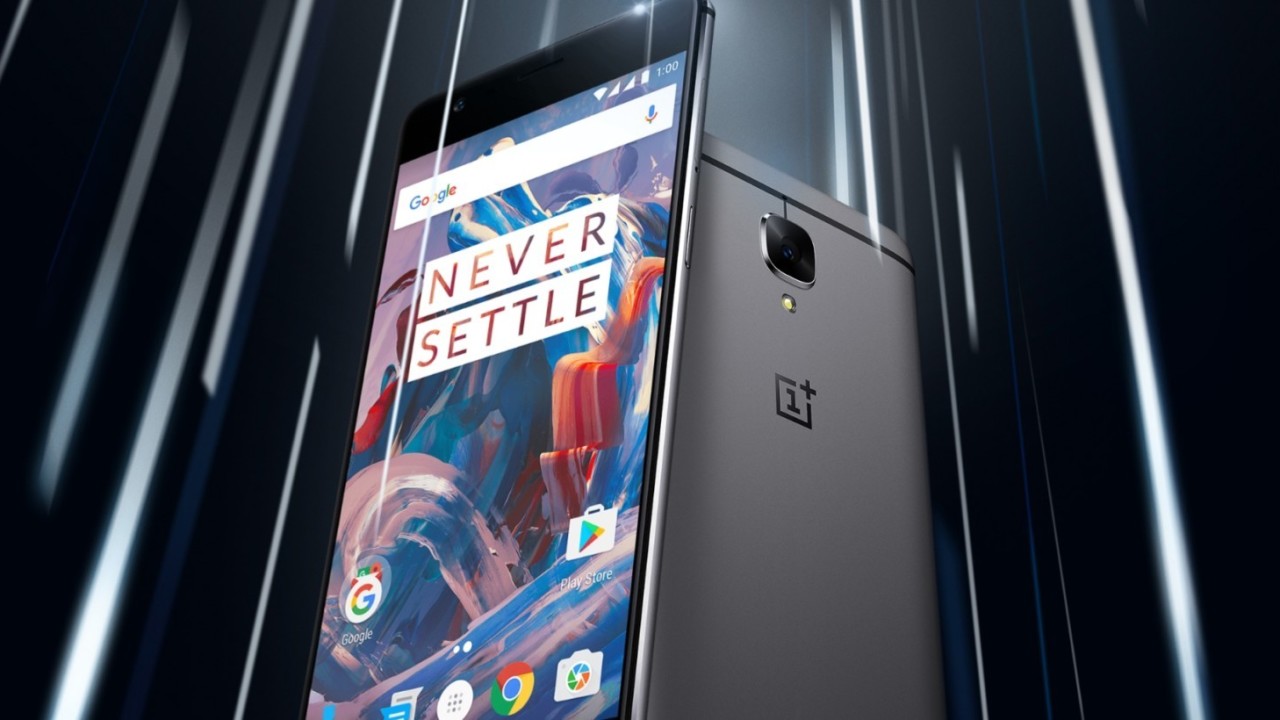 Following up on weeks of rumors, the OnePlus 3 finally launched today, and it’s every bit as powerful as we expected. But of course, the sweet bit is that $399 unlocked USD price, without the annoying invite system of old.

The design sticks true to the leaked images. That is, it looks like HTC and Apple had a baby, with its unibody metal construction (in ‘Graphite’ or ‘Soft Gold’) and prominent square camera module.

I’ll miss the sandstone back on the earlier OnePlus models – the backs actually felt somewhat unique among high-end smartphones- but metal is always a good bet for sturdy, classy design, and I appreciate that the the sides are almost bezel-free.

Spec-wise, it’s up there with the likes of the HTC 10 and Samsung S7 for the most part, and even outdoes them in some respects:

The 6GB of RAM is a particularly rare feat, so it should theoretically fly through its near-stock UI with a Snapdragon 820 powering it. The 1080p screen should boost that even further and provide some battery life benefits.

That said, the 1080p resolution means the OnePlus 3 will probably be a non-starter for Google’s upcoming Daydream VR platform, but that’s not likely to be something to to matter much until next year.

The biggest issue is that it doesn’t really offer that much beyond its competitors. 6GB of RAM aside, some buyers could see it as another “me too” device, and it’s hard to predict how it’ll perform in the US, where most people still buy their devices through carrier credits or subsidies, with an initial payment of $200 or less.

These caveats are why it’s good to see how OnePlus toned down some of its launch hyperbole this time around. The OnePlus 2, which was released in 2015, claimed it could beat 2016 flagships.

Now the OnePlus 3 device can now compete with current flagships without outlandish customer expectations. And with a USD 399, EUR 399 and GBP 309 price point – and the invite system finally gone for good – OnePlus might finally embrace the flagship beater title it’s claimed to be all along. Stay tuned for our full review.