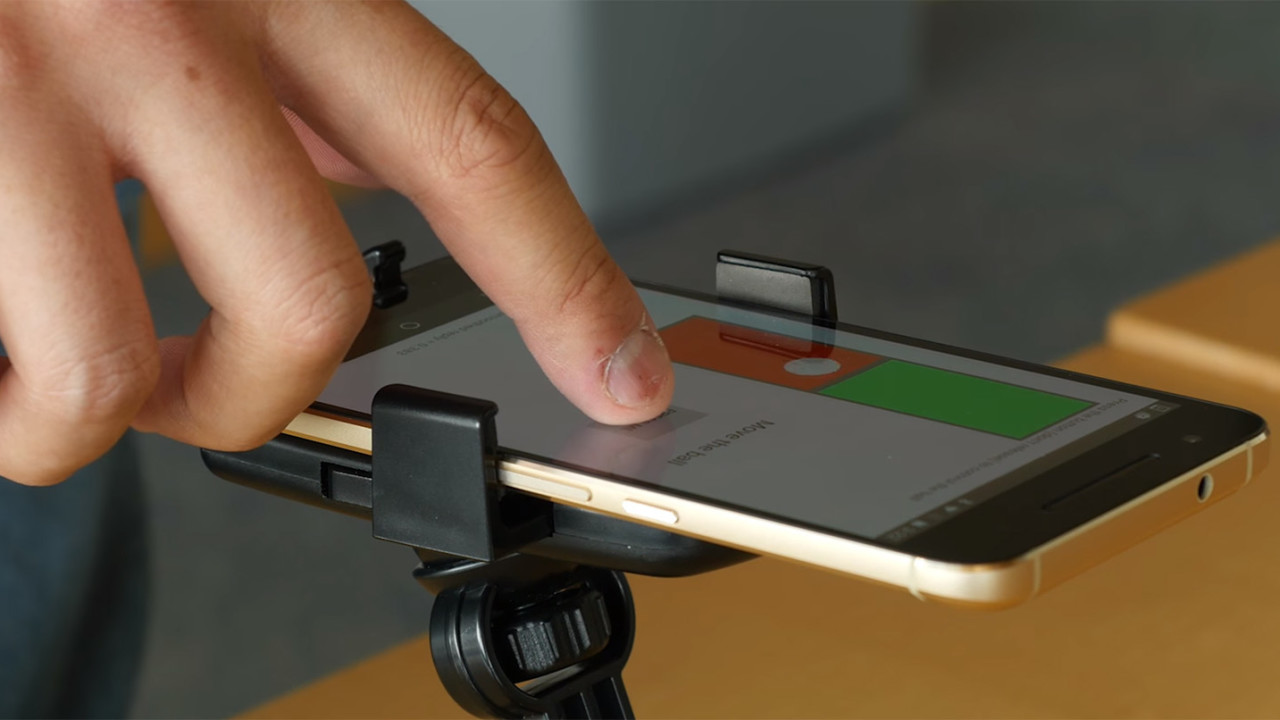 One of the novel features of the latest Apple flagship, the iPhone 6s, is 3D Touch. It brings up contextual options when you press down rather than tap on an icon or in an app interface. It’s an elegant way to let you access additional functionality without cluttering up the UI.

Sadly, it’s only available on that iOS device… for now. A research team at the University of Michigan have developed a way to add this feature to any smartphone using components that are already in your mobile device: the mic and speaker.

When activated, the ForcePhone software makes your phone emit a continuous 18kHz hum. It’s beyond the spectrum of frequencies the human ear can detect, but can still be picked up by your phone’s mic.

Press down on the screen or squeeze your phone in your hand and you’ll cause the pitch to change. When ForcePhone detects this change, it interprets it as a command to let you do things like open an app’s menu bar or dial 911.

Yu-Chih Tung, a doctoral student in the U-M Department of Electrical Engineering and Computer Science, said that he was inspired by the 2008 Batman movie ‘The Dark Knight’ in which the Caped Crusader locates the Joker by turning all the smartphones in Gotham City into a sonar system as high-frequency audio signals bounce off buildings across town.

However, you’ll still have to wait a bit until ForcePhone becomes available on phones everywhere. The researchers will first present their creation at the MobiSys 2016 conference in Singapore next month.