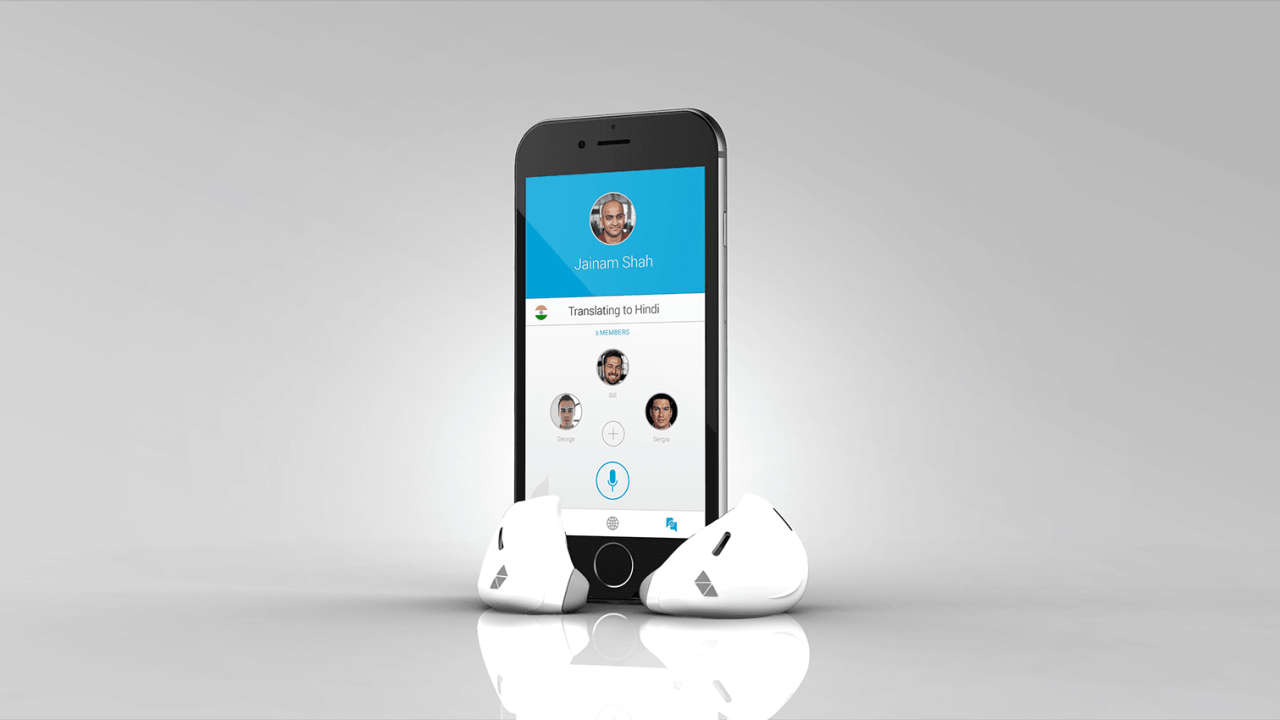 Whenever I’m traveling to a country that speaks a different language, I always try and learn a few phrases in advance and convince myself that I’m a natural. However, that notion usually comes crashing down about five minutes after stepping off the plane and nobody has a clue what I’m trying to say when I need directions.

If that sounds familiar to you then this nifty in-ear device could be exactly what you need. Set to launch this autumn, the Pilot earpiece by Waverly Labs allows two people to communicate using two completely different languages and still clearly understand each other.

Working much like the Babel Fish from ‘The Hitchhikers Guide to the Galaxy,’ the Pilot can translate live speech. So, if you have it in your ear and you’re talking to someone who speaks French – you will hear what they say in English and they will hear you in French.

Both participants in the conversation will need to be wearing a Pilot but the manufacturers will be selling them in pairs so you don’t need to seek out owners of the device in the street.

Regarding exactly how the device works, Waverly Labs has remained tight-lipped, only saying it uses “translation technology” and is connected to an app on your phone, which works offline. My assumption is that it’s your phone doing the translating and the earpiece is simply where you hear it come through. The ear pieces can also be used as wireless headphones for listening to music.

In that sense, what Waverly Labs is offering isn’t much different to Skype’s in-call translator feature. If Skype was to make that available as a standalone app that connects to any headphones then it would essentially be the same thing.

But if the Pilot is your type of gadget, it is available to preorder from May 25 when Waverly Labs launches an Indiegogo campaign to support the project. It comes in three colors – black, white and red – and will set you back between $129-$179. It is expected to retail for $250-$300 after the limited preorders run out.

Of course, as with any crowdfunding campaign, there is always a risk that the product will fail to launch but something tells me there will be a lot of happy people waiting for this one.

Meet the Pilot on Waverly Labs