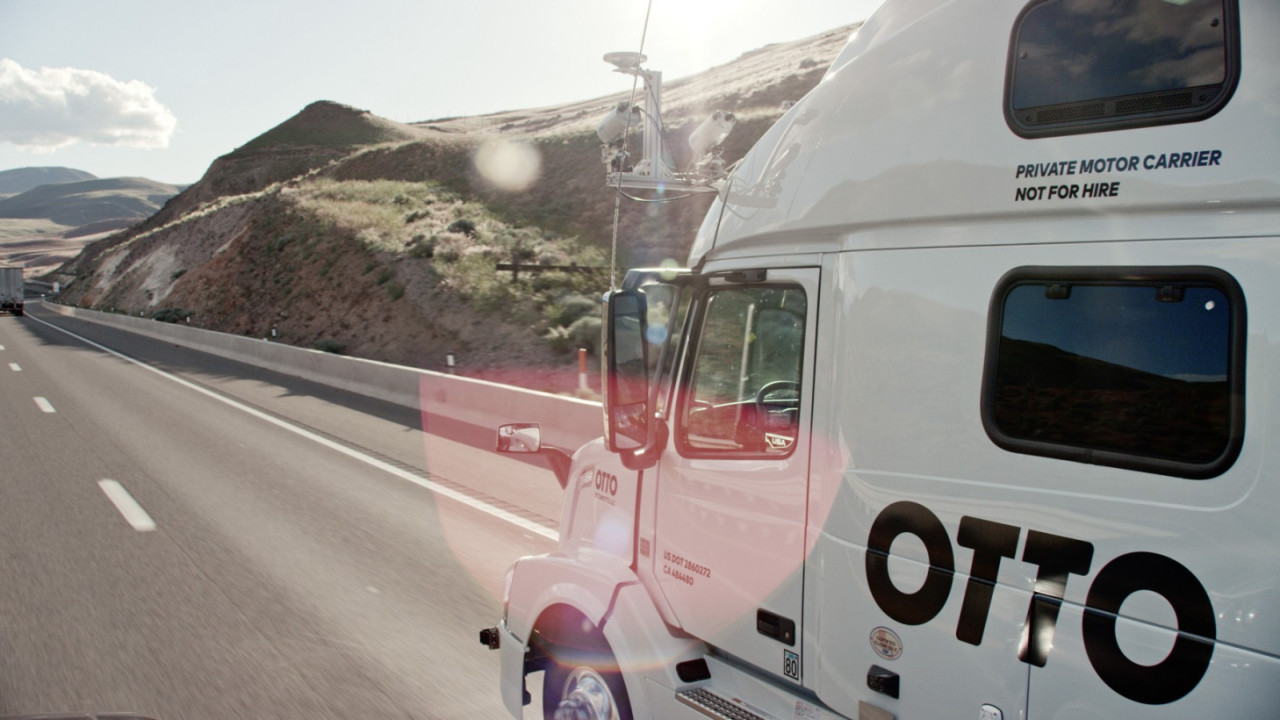 While Google, Tesla and BMW race to develop their own autonomous vehicles, a startup created by four ex-Google engineers  is inching closer to launching a self-driving kit that can be retrofitted onto any commercial truck.

The idea isn’t to put human drivers out of work. Instead, Otto’s autonomous system augments their ability to cover long distances by kicking in only on freeways, which account for just 5 percent of all roads in the US.

Trucks cover 5.6 percent of all highway miles but cause 9.5 percent of all fatalities, and about half of truckers are away from home 200 nights a year, sleeping in parking lots and rest areas.

Because of federal regulations, a truck can only drive 11 hours a day today with a single driver. After 10 hours, the accident rate goes exponentially higher. If we can make it drive safely 24/7, more than doubling its capacity and utilization, that’s a very strong financial argument.

The company is targeting the existing cache of 4.3 million commercial rigs already on American roads today, with its aftermarket kit equipped with lidar, radar and cameras that it hopes to sell for a “small fraction” of the $100,000-$300,000 price of a new tractor cab.

However, Otto still has a long road ahead. The company, which also counts among its co-founders Anthony Levandowski, the engineer who built Google’s very first self-driving car, has demonstrated its tech on a public highway, but hasn’t clocked nearly as many miles with it as Google or Tesla. It’ll also have to convince transportation regulators that its system is safe enough to use.

Otto is yet to announce a timeline for launching its self-driving kit. But according to Ron, that isn’t too far off. “We want to demonstrate a cargo route in the foreseeable future, to show that our technology is commercially viable,” he told Backchannel.

“The approach and the team we put together have the ability to do that very fast,” he added.