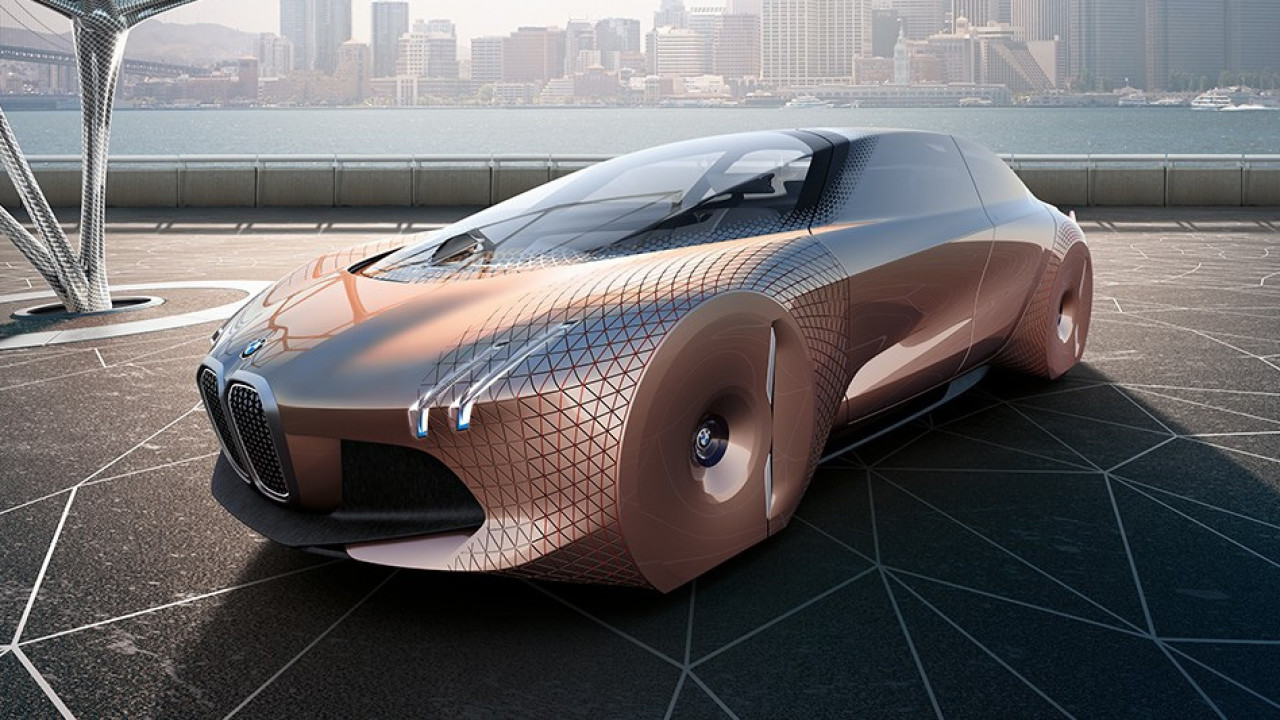 At BMW’s shareholder meeting yesterday, CEO Harald Krueger revealed that the company is gearing up to launch its first autonomous vehicle five years from now:

In 2018, we will launch a BMW i8 Roadster. This will be followed in 2021 by the BMW i NEXT, our new innovation driver, with autonomous driving, digital connectivity, intelligent lightweight design, a totally new interior and ultimately bringing the next generation of electro-mobility to the road.

From the sparse details, It’s hard to say what the i Next will look like. But the German automaker has hinted at its design direction for the future, in the form of its recently unveiled Vision Next 100 concept (pictured above).

It combines athletic styling with innovative ideas such as the use of recycled carbon for the body, reflective side windows to reduce heat from the sun within the vehicle and closed wheel arches for increased aerodynamics.

The company seems well on its way towards getting into the self-driving car business. In August 2015, BMW teamed up with Audi and Mercedes to acquire Nokia’s HERE Maps in a $3 billion group deal to develop mapping tech for autonomous driving.

Last December, HERE said it was developing high-resolution maps for self-driving cars and planned to collect anonymized data from these automakers’ vehicles to enhance its real-time maps.

Statement Harald Krüger, Chairman of the Board of Management of BMW AG, 96th Annual General Meeting of BMW AG at Olympiahalle in Munich on 12 May 2016 on BMW