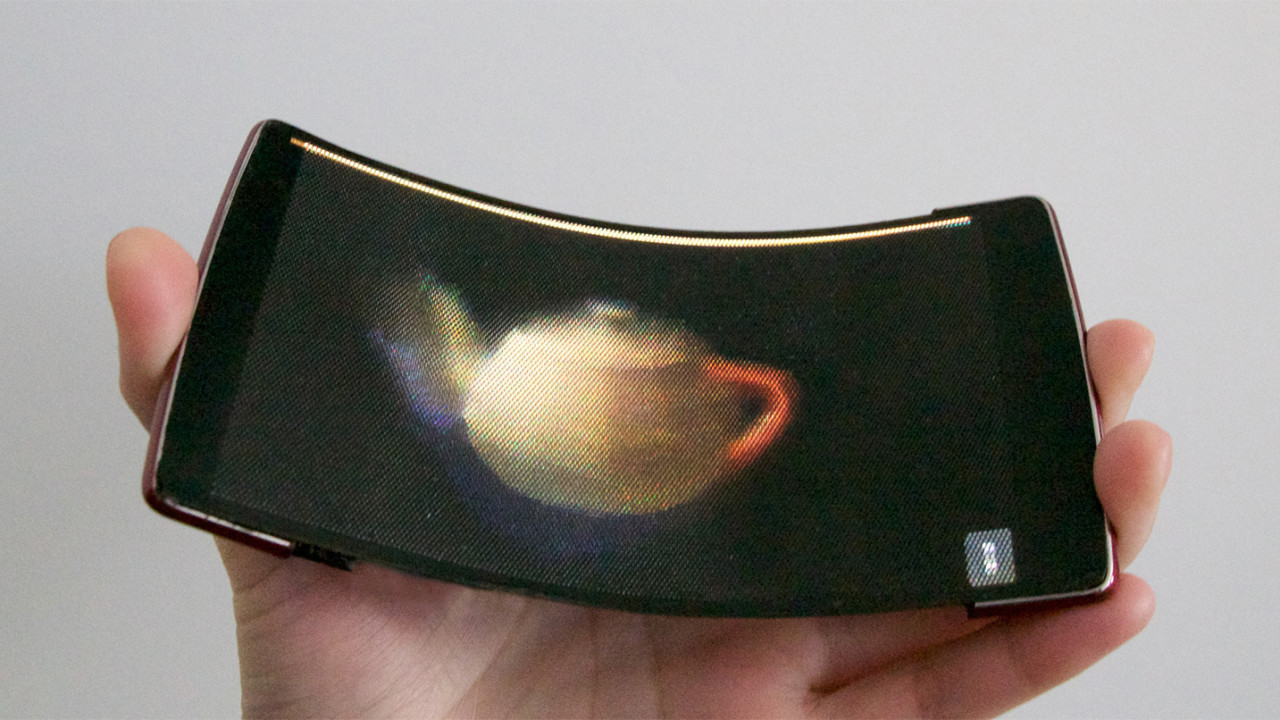 Hardware designers and manufacturers have been dreaming of bringing holographic mobile devices to life for some time now. But it seems like a team of researchers at Queen’s University in Canada might have beaten them all to the punch with the HoloFlex.

The team behind the Android 5.1-based Holoflex says the phone can render 3D images with motion parallax and stereoscopy so that whatever’s on the screen looks like a floating hologram to anyone who is within viewing range, without the need for special eyewear.

Plus, it lets users interact with objects by bending the device. So, for example, you could edit a 3D model by swiping on the display to manipulate it in the x and y axes, and squeeze the screen to move it along the z-axis.

Or, if you’re playing a game like ‘Angry Birds’, you could pull back on the catapult by bending the device and then letting go to launch your avian friend. When you do so, the bird will appear to pop off the screen, thanks to the 1080p Flexible Organic Light Emitting Diode (FOLED) display.

Dr. Roel Vertegaal, the director of the university’s Human Media Lab, which previously saw the development of the ReFlex flexible smartphone (PDF) earlier this year, believes that Holoflex’s tech could be used for holographic video conferences that make callers appear like they’re in the same room as other participants:

By employing a depth camera, users can also perform holographic video conferences with one another. When bending the display users literally pop out of the screen and can even look around each other, with their faces rendered correctly from any angle to any onlooker.

Of course, don’t expect tack-sharp images on the Holoflex just yet: the current version manages a resolution of just 160 x 104 pixels. That allows people to inspect 3D objects from any angle, but it doesn’t make for high-quality visuals.

Holoflex will be unveiled at the upcoming ACM CHI human-computer interaction conference, slated to kick off on May 9 in San Jose. Other cool tech we’re looking forward to there includes Microsoft’s pre-touch interaction concept for phones.