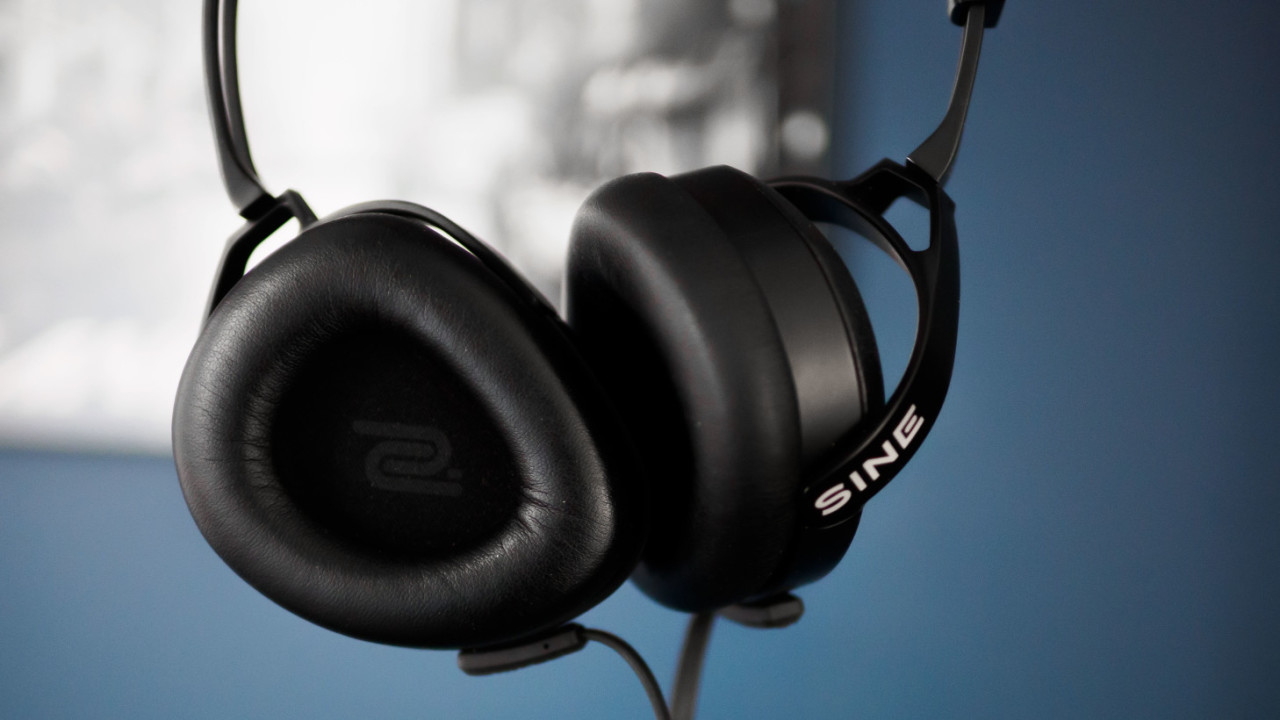 When rumors started to fly around that Apple might abandoning headphone jack on the iPhone 7, Audeze was the first company to build a headphone that could work solely out of Apple’s Lightning connector.

Meanwhile, the company’s new Sine headphones were also one of very few portable cans that used planar magnetic technology in a portable form factor. I pretty much fell in love with them after a brief 15 minute session in a crowded CES hall.

I’ve now spent a few weeks trying them both in the peace and quiet of my home and out in the streets of new york. Though they sound wonderful out of a regular 3.5mm input, it’s the first time I think Apple might just be on to something by eliminating the headphone jack.

Audeze is mainly known for its large stay-at-home headsets, so its first portable portable headphones were a pleasant surprise; they’re decidedly understated, but in a good way.

The headphones come in one color, black, and feature a metal frame with the traditional foam padding for the headband. The cups are shaped somewhat like ears, and surrounded by a leather material that feels fairly durable – the headphones have taken a tumble – sorry, Audeze! – but the leather emerged unscathed.

On-ear headphones aren’t known for their comfort, but the Sine are more comfortable than most. My ears were sore after a few hours of listening, but that’s expected.

That’s partly because the headphones have a fairly solid clamping force, which helps them block out sound. There’s no active noise cancellation on board, but the combination of their solid grip on your head, very pliable foam ear pads, and freely rotating earcups mean that they don’t tend to lose the isolation the way many on-ear headphones do while you’re on the go or working out.

The main con? They’re pretty big, or at least larger than most portable headphones. They do fold flat though, which makes them fairly easy to slide into a backpack, and make them easy to wear around your neck.

Also, though the cables are replaceable, you won’t get a microphone or any controls unless you’re using the iPhone-only Lightning cable. It drives me a little crazy as an Android user, and even for iOS folks, that’s a $50 premium for the most basic portable headphone feature.

$500 dollars is a lot of money, so it’s a good thing the headphones sound their worth.

Now let’s be clear – at this price range you’re firmly in nitpicky audiophile territory, especially for portable headphones that are meant to be listened to without any kind of serious amplification (although I wouldn’t be surprised if a fair amount of people reading this have a portable amp anyway).

As TNW’s resident picky audiophile, I found the Audeze hard to nitpick about. Listening using the standard headphone cable, the overall balance is very neutral – it never feels like any part of the frequency is overpowering another.

That’s partly because of the planar magnetic technology. Traditional headphone drivers are shaped like cones – the flat shape here allows the moving parts to respond more quickly to data signals, which is particularly important for preventing low frequencies from muddying up higher sounds).

As a result, bass is hits fairly hard without being overbearing (though a bit lighter than I prefer for portable headphones) – treble is detailed with virtually no sibilance, and voices sound full and lack the recessed quality often found in portable headphones tuned for bass and treble.

No frequency range stands out, and that’s a good thing. The best word to describe the sound is ‘transparent,’ and they help the Sine deliver the goods for any music genre.

That said, it’s the type of headphone that promptly reveals poorly mastered music as well as compression artifacts on low bitrates (seriously, don’t listen below 192 kbps).

For example, Michael Jackson’s posthumous duet with Justin Timberlake in ‘Love Never Felt So Good‘ hits with ample bass and full voices, but it’s quite easy to hear the difference in the recording technologies between MJ’s and JT’s different falsettos.

The one part of the sound that doesn’t impress quite as much is the soundstage. Don’t get me wrong; it’s large for a closed headphone, but I have heard larger in the price range, and you certainly won’t be confusing the Audeze for open-ear headphones.

On the plus side instrument separation and layering is excellent, which means you can clearly distinguish between various sounds in an orchestra even when the music gets extremely crowded in something like Stravinsky’s Petruhska.

Simply put, the headphones sound all-around spectacular, but that’s not all.

What about the Lightning cable?

Good news: music does sound better through the Lightning connector, which Audeze calls its Cipher cable.

Perhaps that was because my expectations were low; I’ve come across many a snake oil cable ‘upgrade’ in my years of browsing audiophile forums, and Apple always uses solid audio components. But after plugging the Lightning cable into an iPad mini, the improvement is easily apparent to anyone who listens for these things, if not completely mind blowing.

If you’re wondering what the cable actually does, it brings its own amplifier, digital signal processor, and digital-to-analog converter – thereby bypassing Apple’s integrated components – as well as controls for volume and playback and a microphone.

After plugging in the connector, you’re also prompter to download Audeze’s Cipher app, which basically just a system-wide equalizer for the headphones.

Volume is the clearest upgrade, as the Sine simply get substantially louder using the cable. Not that they were terribly difficult to power out of the standard cable, but the extra volume is appreciated when listening to quieter tracks on a crowded New York subway.

But it’s not just more power; there’s an overall refinement to the sound. There’s more detail to be had all around, while instrument separation is cleaner with a slightly larger soundstage and improved dynamics (the range from low volumes to high volumes).

In the same vein, instruments like the cello sound a bit fuller without losing any texture – and perhaps gaining some.

My favorite bit: there’s an extra kick to drums and basslines, and it’s not just an equalizer bump, as there doesn’t seem to be any adverse effect on other frequencies – there’s simply more bass, without muddying up the rest of the sound.

It’s not that the Sine sound bad out of the 3.5mm port, it’s just that once you’ve listened through the Lightning port, you probably won’t want to go back.

Apple is onto something

Of course, chances are the headphones would sound even better out of a dedicated amplifier and DAC, which I didn’t test, but that’s not really the point; no one wants to carry around a portable amplifier and/or DAC and their iPhones.

The Cipher cable helps ensure that you’re getting the most out of what are already amazing headphones without adding to their size. For $50 bucks more over the standard $449 price, it’s certainly worth the upgrade.

Moreover, it convinced me Apple might be onto something by getting rid of the headphone jack – if the rumors are indeed true. Android manufacturers are thinking along the same lines too, except using USB-C.

For people who don’t care about audio quality that much, Bluetooth is more than good enough. For everyone else, the Lightning cable provides a substantive improvement over the headphone jack, and allows headphone makers to choose their own audio chipsets to complement their headphone drivers, rather than working around Apple’s hardware.

It might annoy folks at first, but transitioning to any new hardware standard comes with some rough patches. Ultimately, the switch will mean either greater convenience or better audio quality – what’s not to like?