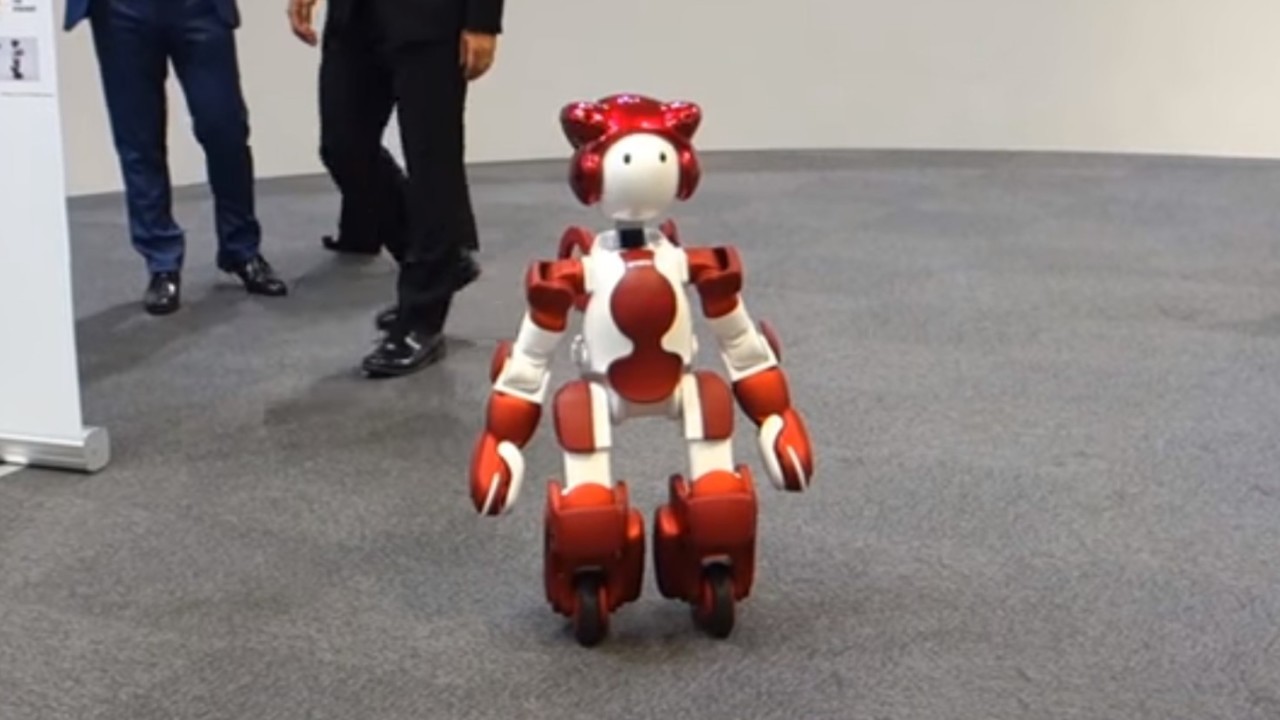 It’s only a matter of time before the friendly face behind the counter at your local grocery store is replaced by that of a robot.

The 90cm-tall child-sized robot can scoot around at about 3.7mph to keep up with humans walking briskly and can identify as well as approach people who need assistance while shopping, thanks to its ability to recognize human movement and its environment.

EMIEW3 can also isolate people’s voices from background noise to better understand you, and can switch between multiple languages to communicate.

In addition to having networked cameras for eyes, the bot also has a cloud-connected AI to learn new behavior and share information with other EMIEW3s.

Plus, it can overcome differences in floor levels up to 15mm, slow down when around corners and pick itself up if it’s knocked over.

That makes the EMIEW3 more mobile than Japanese tech giant Softbank’s Pepper, which went on sale last year. However, the latter has a more personable look as well as a display to make interaction easier.

Expect these bots to get exponentially smarter and more useful over time. By connecting them to cloud-based platforms like IBM Watson, their abilities to recognize human input and emotions as well as to respond appropriately can be upgraded on-the-fly.

It’ll be interesting to watch both companies race to bring their robots into stores and public spaces. Softbank recently opened a cellphone store in Tokyo staffed entirely by Pepper bots; the trial will run for 30 days so people can see what the future of shopping might be like.

Engadget reports that Huawei expects to bring the EMIEW3 to market by sometime in 2018. And unlike Pepper, it’ll be available beyond Japan.