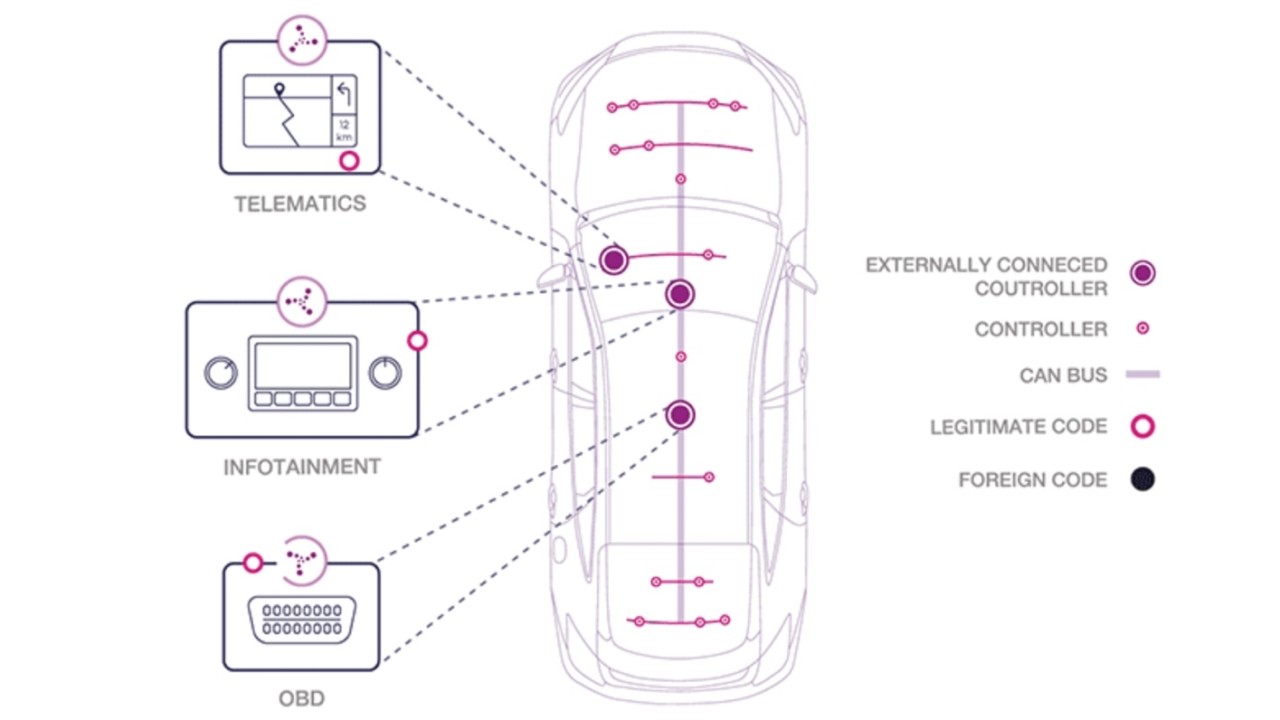 As our cars become increasingly connected to the internet, and eventually drive themselves, we’re going to want them to be rock-solid secure. The recent Chrysler exploit and FBI warning both highlighted just how vulnerable our vehicles can be to malicious hackers.

The idea of anti-virus software for cars has been around for several years, and this year there’s even an entire conference about in-car cybersecurity. Karamba Security is a new company in the space that is offering what amounts to a firewall for your ride.

Karamaba’s technology secures the Electronic Control Units (ECUs) in vehicles that are designed to work with external devices via the likes of Wi-Fi, Bluetooth and USB ports. It blocks unauthorized code from running on your car and thus reduces the threat of a hacker being able to take control. The product can also alert manufacturers if ‘dropper’ code that may later be used to install malware is deployed on an ECU.

Backed by $2.5 million in seed funding, Israel-based Karamba wants to persuade manufacturers to retrofit its technology into cars that are already on the road as well as installing it on the production line.

While terms like ‘anti-virus’ and ‘firewall’ have largely fallen out of mainstream consumer awareness as operating systems like Windows and OS X have become more inherently secure, it’s likely that drivers will soon be keen to know exactly how well protected their new vehicle is from software vulnerabilities.

Companies like Karamba are poised to be in the right place at the right time to help. A good thing too.