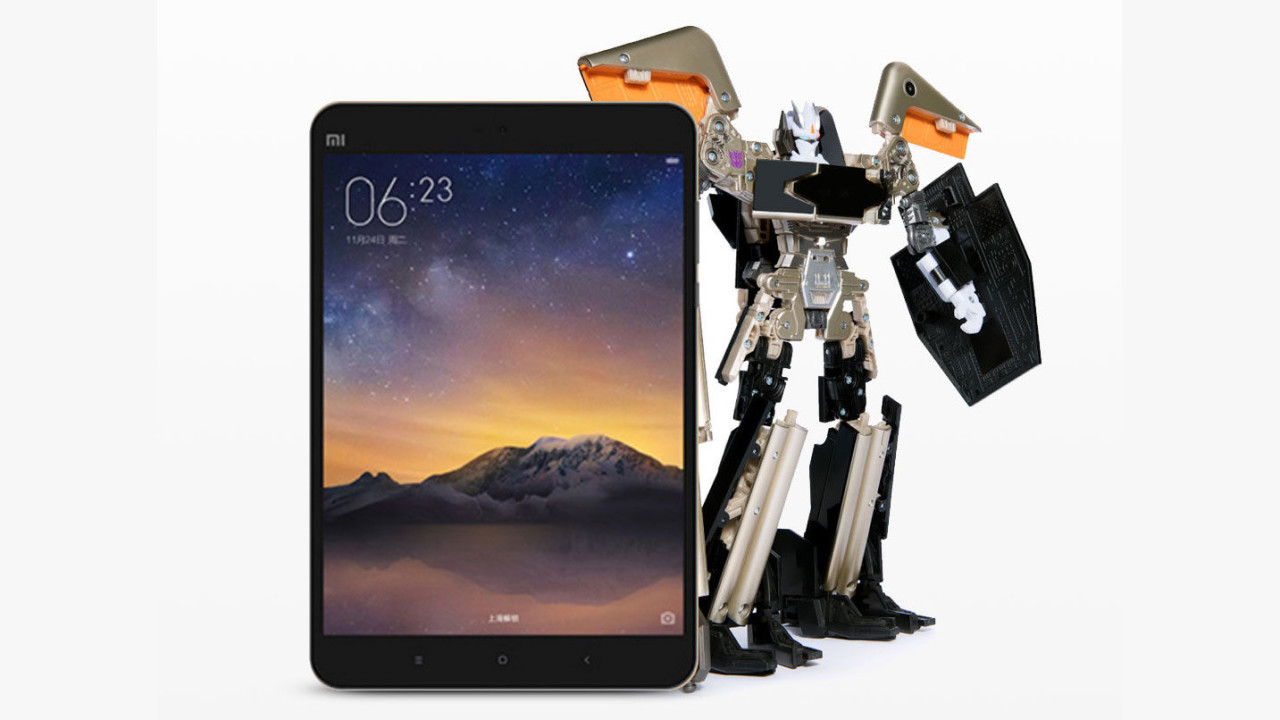 Chinese gadget maker Xiaomi is teaming up with Hasbro to create a Transformer toy that turns into a tablet.

The two companies have designed a version of the popular robot named Soundwave, which transforms into a Mi Pad 2 in 30 steps.

No, you can’t use the tablet, but you’ll possibly be able to trick people into thinking that it’s for real. The toy is the same size as the actual tablet and is just 8.5mm thick.

Xiaomi is crowdfunding the project, with rewards starting at 169 Yuan ($26) for the 190mm tall figure. It’s already crossed its initial goal by more than 100 percent, so it’s likely that it will be produced en masse soon.