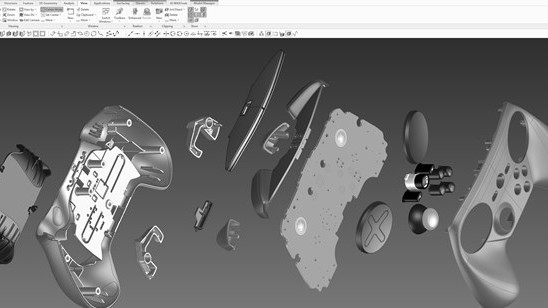 Gaming giant Valve made waves when it released its revolutionary trackpad-based Steam Controller last June after two years in the making.

Now, it’s looking to its community of users to help design accessories and alternative versions for the gamepad. The company has released its CAD files under a Creative Commons license so anyone can download, alter and extend them as they see fit.

Whether you have an idea for improving the controller’s ergonomics or creating an arcade-style button layout suitable for fighting games, you can now experiment with its official design files that are compatible with modeling software as well as 3D printers.

Valve has also included a couple of alternative designs for the controller’s battery door that can accommodate the USB wireless receiver dongle.

It’s a great way to extend the life and utility of the controller for gamers, while allowing the community to get involved and actively share their ideas.

However, it’s worth noting that while you can use these files to create and share your creations all you like, Valve says you’ll have to contact the company if you want to sell them.