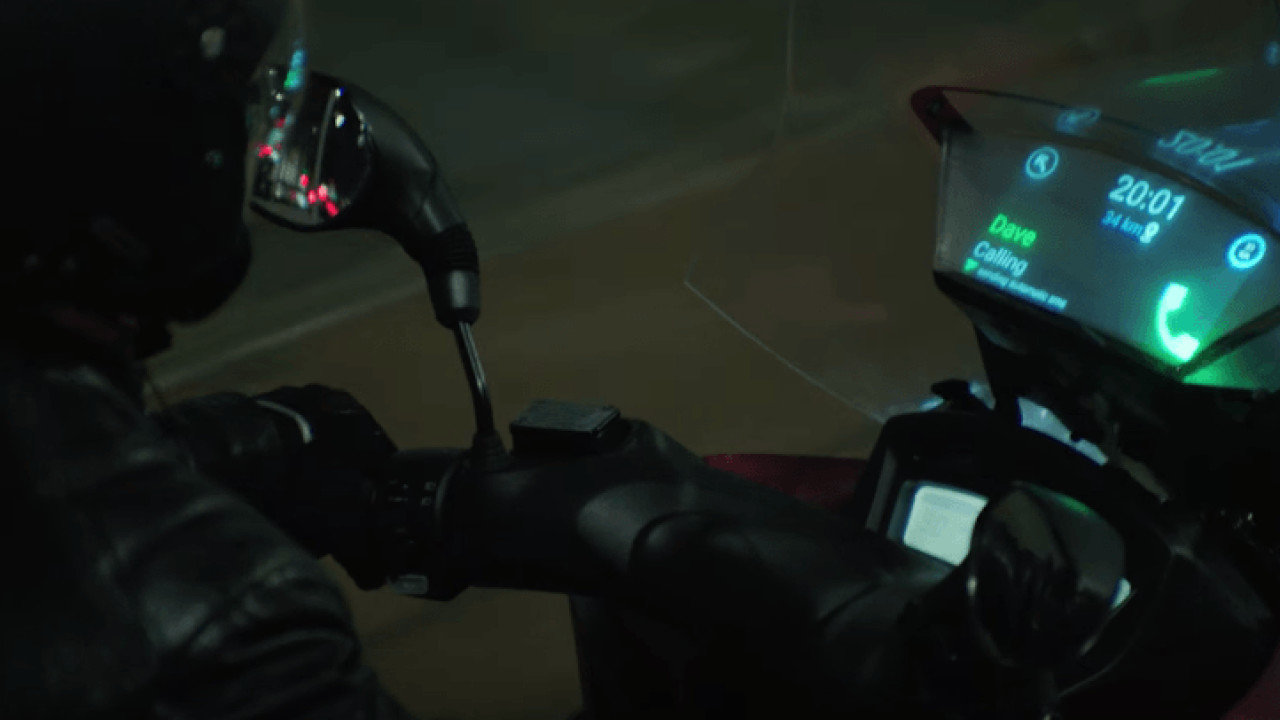 Partnering with advertising company Leo Burnett, motocross star Edo Mossi and YouTuber Cane Secco to develop a prototype for its Smart Windshield, Samsung’s main aim is to keep drivers attention on the road.

The company has deliberately picked Italian stars to partner on the campaign, as it says that 25 percent of motorcycle crashes in the country among young people are down to phone use.

The idea behind the Smart Windshield is that it can display incoming calls, emails and messages, as well as notifications from social media and navigation instructions. While some may argue that having calls and texts display on the windshield could be even more of a distraction, the notifications will only contain a tiny amount of information, like the sender’s name and time, so the driver can decide whether they want to pull over and respond.

They will not be able to use the windshield display to respond as you would on your phone but it will allow drivers to send a canned response explaining that they are driving.

While the idea is still very much just that, Samsung is taking a brave step into the unknown, which could prove to be very useful if it ever comes to fruition.

➤ Samsung Just Made a Motorcycle Windshield That Checks Your Texts, Calls and Emails But the point is to keep your eyes on the road [Ad Week]