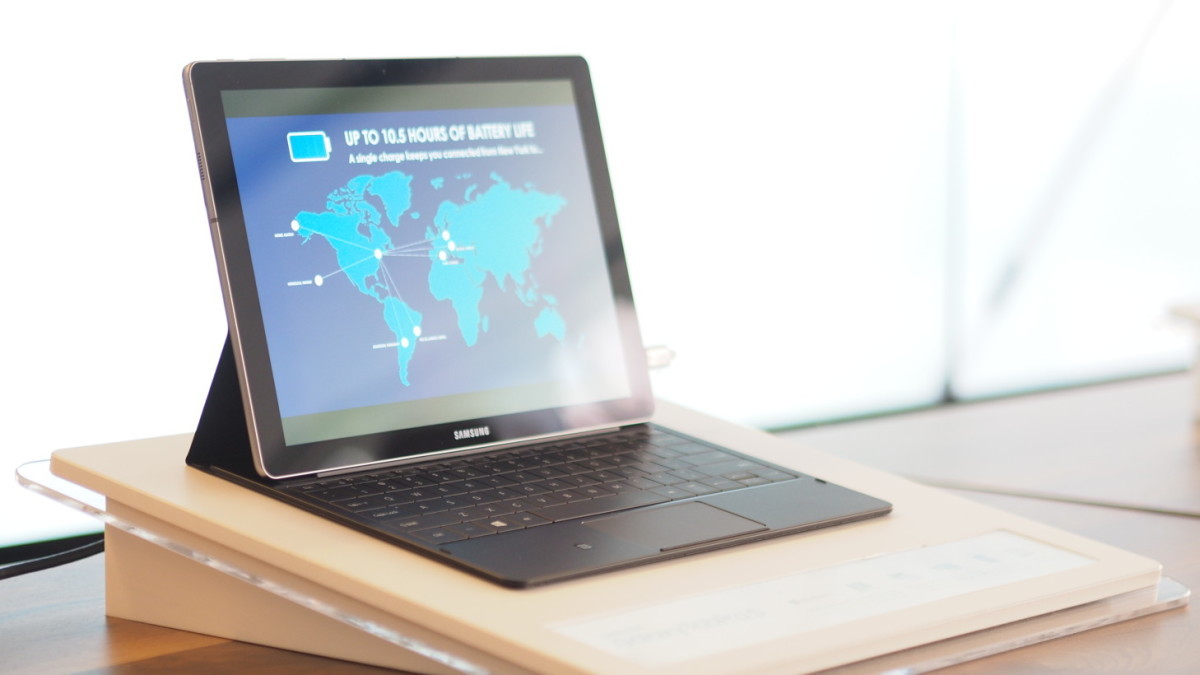 At an event in New York today, Samsung announced that its first Windows 10 2-in-1, the Galaxy TabPro S, will go on sale starting tomorrow for $899 – and this one brings the keyboard.

The device was first announced at CES earlier this year, but this is is the first time a price has been revealed.

It’s obviously reminiscent of Microsoft’s Surface Pro 4, but that appears to be on purpose: Samsung brought out Microsoft and Intel executives to discuss the a renewed push towards 2-in-1 devices. L ike it or not, convertible tablet/laptops are here to stay.

That said, it’s a bit closer to an iPad Pro in reality – the device includes a keyboard case with two different angles rather than the Surface’s kickstand.

Spec-wise, the tablet sports a 12-inch display, 4GB of RAM, a 2.2 GHz Intel Core M chip, and weighs just 1.53 pounds. The display clocks in at 2160×1440 resolution; that’s pretty standard by today’s norms, but what’s more exciting is the Super AMOLED technology, which will mean inky blacks that are impossible with an LCD panel.

Samsung claims the TabPro S can last 10.5 hours in a charge with mixed usage. Interestingly, it’s also including its quickcharge technology, which will recharge the battery in less than 2.5 hours.

The company also announced it’s bringing its own take on the Surface Pen later in the year, as well as feature called Flow, which is akin to Apple’s Continuity.

It enables deep interaction between your Galaxy phone and the tablet, allowing you to view and respond to texts from your computer, view notifications, log in automatically, or easily star a hotspot.

We’ll be getting more hands-on time with the device soon, so stay tuned for more.