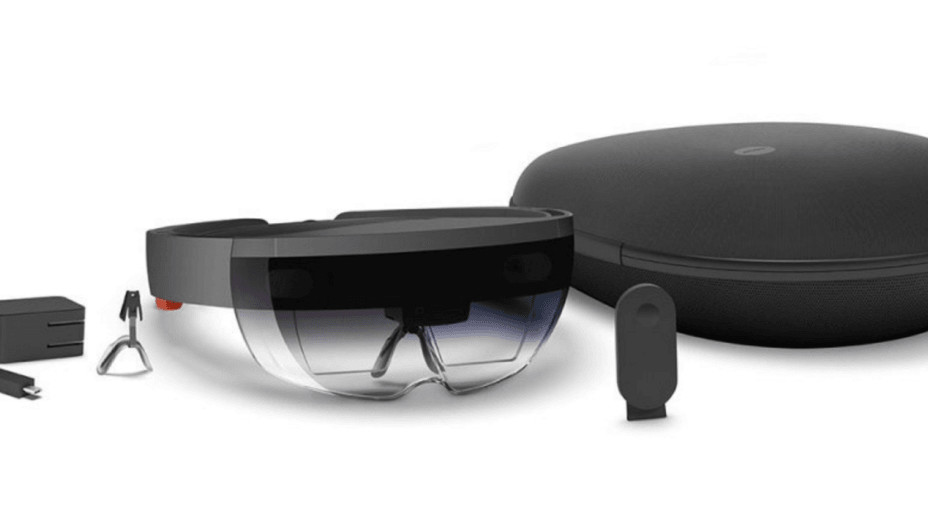 The HoloLens is here… sort of. If you’re a developer, Microsoft is taking pre-orders for HoloLens development edition from today, in anticipation of a March 30 launch.

It’ll set you back $3,000 to get a development edition of HoloLens, which is intended for those interested in building games or apps to be used on the device. Microsoft eventually plans to sell a consumer version of the device, but there’s no date set for that yet.

Inside the device is a Windows 10 computer, Intel 32-bit processor, 2 GB of RAM, 2-megapixel camera, 64 GB of storage and Bluetooth support. A clicker accessory for interacting with the holograms will be included in the box.

Each HoloLens comes with three games: Fragments, Young Coker and RoboRaid. It’ll also ship with HoloStudio which allows developers to create 3D environments at a “world sized” scale, as well as a ‘HoloLens enabled’ version of Skype that lets you interact in the holographic world with others.

Another final bundled app sounds most impressive: HoloTour. It allows you to see 360-degree panoramic video of Rome and Machu Picchu with 3D sound. The company released a number of tutorials and documentation for the device today, so developers can start learning.

That’s a staggering price for the device, though it’s the first mixed-reality gadget to hit the market and it’s likely set that way to discourage the masses from ordering one and having a poor experience.

While Oculus Rift might cost you $600, it doesn’t have a computer onboard, nor does it allow you to interact directly with the world you’re actually in — it’s also likely to be much more refined when it hits the market.