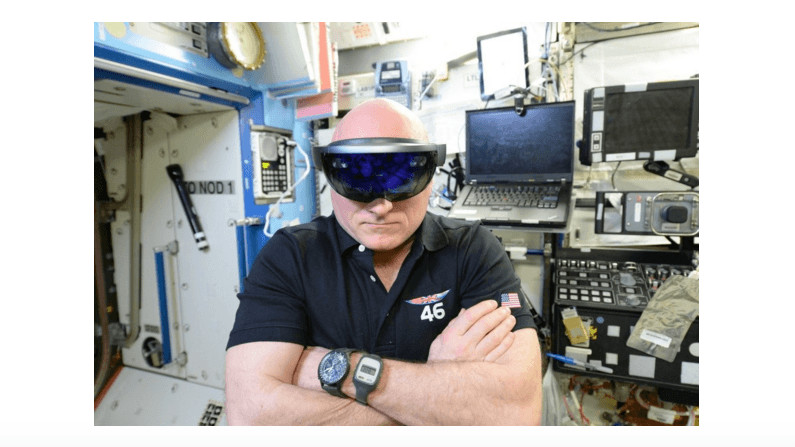 As part of a project called Sidekick, the astronauts on ISS will be using the augmented reality headsets to aid them while carrying out repairs and tasks on-board.

Testing an advanced VR system to aid our work on #ISS. All going so well until we found the Alien Invaders game… pic.twitter.com/6bfHXrQsvY

This will be done in two ways – using the ‘Remote Expert Mode’ where an astronaut is talked through each step via Skype, and the ‘Procedure Mode’ where holograms are used to illustrate what needs to be done.

It means if an astronaut is carrying out a difficult repair task, NASA can send on visual instructions that can be overlaid on the physical objects on the space station using the HoloLens.

In preparation for its use on the ISS, NASA tested the HoloLens in its Aquarius underwater research station.

NASA hasn’t said that HoloLens will be made standard issue for all of its missions just yet but it certainly looks like it could help with training and communications during difficult tasks or crises.