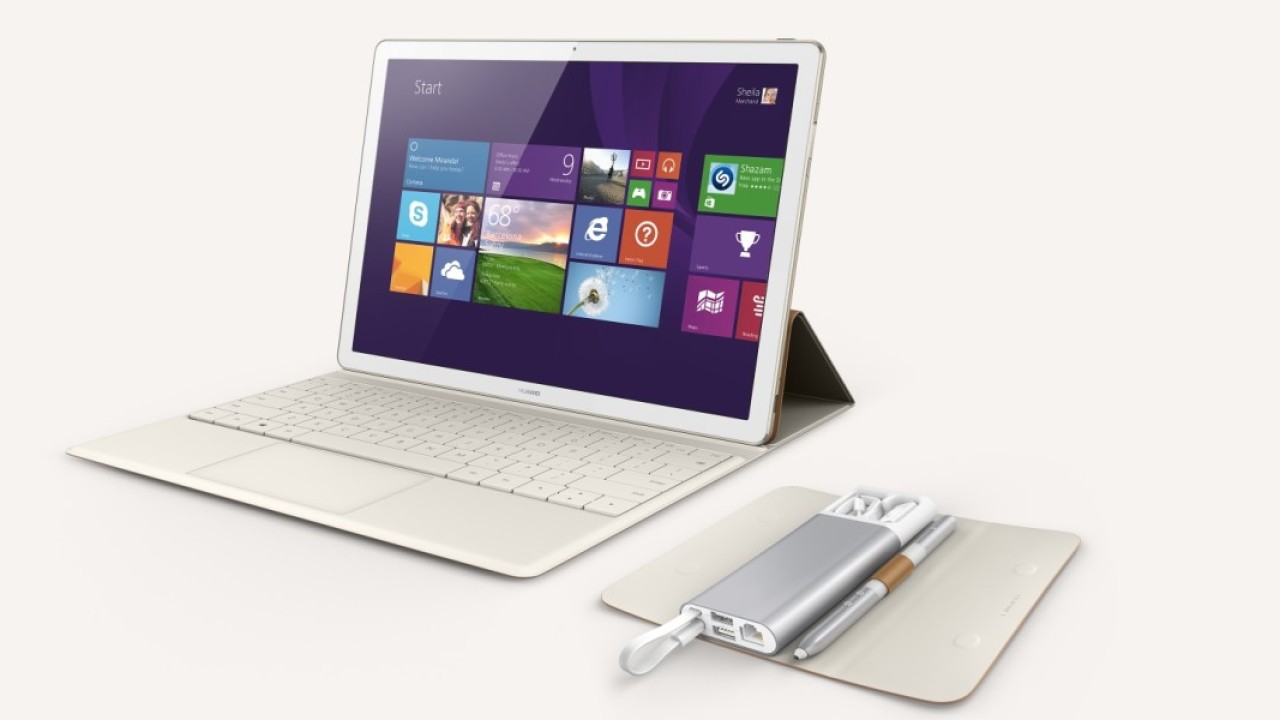 Huawei has launched its first hybrid laptop/tablet device under its ‘Mate’ range of products. We spent a few minutes with the device ahead of its launch.

In many ways the MateBook draws on certain cues from the smartphone lineup – its full metal chassis and fanless design with heat dissipation shields to ensure none of the casing gets warm under heavy use, to name but two things.

Don’t be mistaken though, the MateBook is a tentative foot into new waters for Huawei – a China-based manufacturer fighting hard to become a household name in Europe and the US. It’s doing pretty well at it too; last year it shipped more than 100 million devices globally.

On the hardware front, the MateBook offers up a 12-inch (2,160 x 1,440 pixels, 400nits) display, USB-C, Intel Core M-Series processors and up to 8GB RAM (with the latter two features depending on your configuration).

On the top of the MateBook there’s dual speakers – placed so that the sound isn’t compromised when the tablet is docked into its keyboard – and Huawei says the 33.4 watt hour battery will last for up to 10 hours of mixed office tasks.

Unusually for a tablet, there’s also a fingerprint sensor, another carry-over from the smartphone line, on the rear of the device – and no rear-facing camera, only a forward-facing one for video calling and selfies.

When not docked into its keyboard, the MateBook weighs in at aroujnd 640 grams – 70 grams or so lighter than the iPad Pro and exactly the same depth, at 6.9mm.

The keyboard – included in some retail packs, excluded from others – is backlit and draws power from the MateBook rather than packing in its own supply.

Much like with the Surface Pro models, the MateBook’s keyboard folds round to provide support to lean the tablet against when using it on your lap or a table -it provides just one angle of support though.

Having tapped out a few lines, the keys have a pleasing amount of travel – if spaced a little wide for my own liking – and the clickable glass trackpad was precise and reliable in my short testing.

While it might seem a little similar to the Surface to you (and me), Colin Giles, Huawei’s executive vice president of its consumer business, says it’s not really being pitched against Redmond’s offering.

“We don’t see ourselves in competition with Surface – this complements the Microsoft Windows 10 portfolio that’s in the market, it creates a broader range of opportunities for consumers and we believe this device will offer really g od mobility and opportunities for them to combine their entertainment and also there productivity in a nicely package device.”

I’d argue that Microsoft probably has similar intentions, and with the MateBook starting at around $699/€799, it’s priced pretty similarly too.

There are different color options on the way, but the MateBook is launching in the white/gray combo option to start.

Again, either sold separately or included in the retail pack (depending on the choice of model) – there’s a pressure-sensitive stylus for writing/taking notes or drawing directly on the screen.