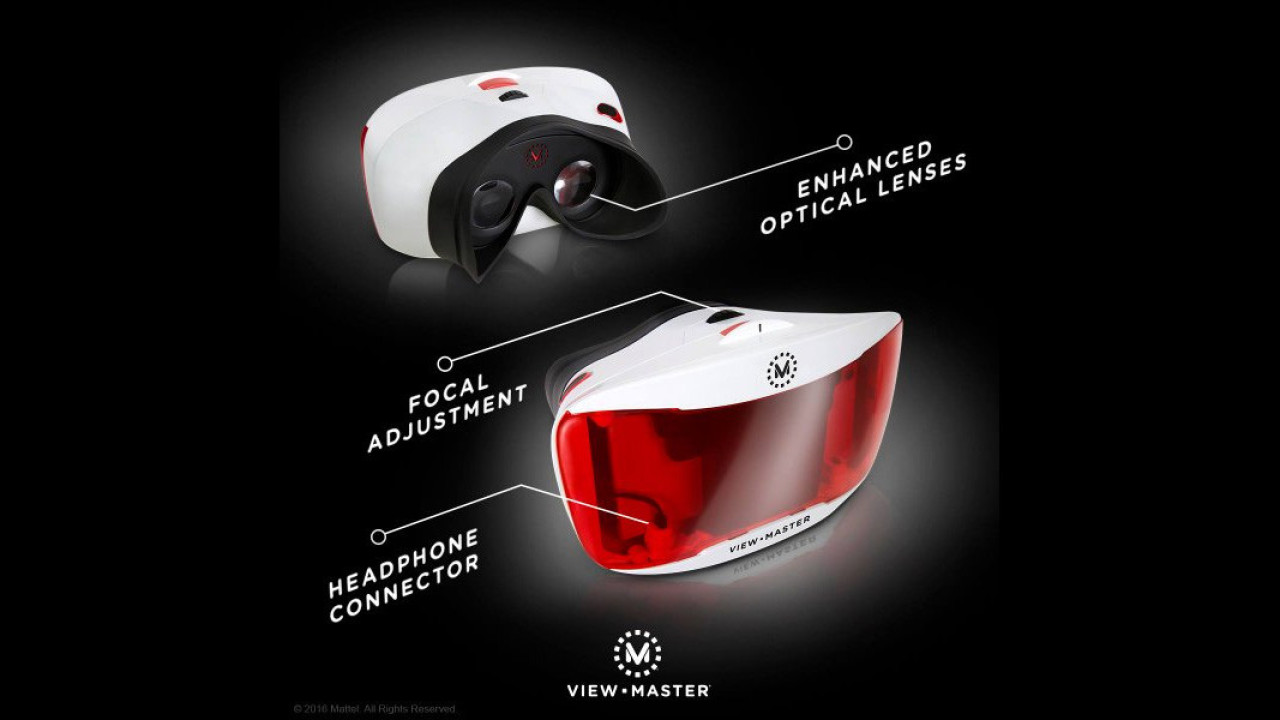 Mattel revived its iconic View-Master toy brand last year when it unveiled a $30 VR headset that supported Google’s Cardboard platform. It’s now set to launch an improved version this fall that it demoed at the ongoing New York Toy Fair.

The upcoming View-Master Viewer DLX includes enhanced optical lenses with a focus wheel for adjusting sharpness. There’s also a headphone connector so you can enjoy more immersive sound than your phone’s speakers will afford you.

Gizmodo says the DLX also features an improved latch for the phone enclosure that ensures your handset won’t suddenly drop to its death, as well as a new mount that can accommodate a wider range of device sizes.

Along with the headset, you can purchase ‘experience reels’ for $14.99 each that let you view various sights around the world as as well as from outer space, in 3D.

The Viewer DLX will reportedly retail for $40 when it launches later this year, along with Mattel’s $300 ThingMaker 3D printer which is now available to pre-order.