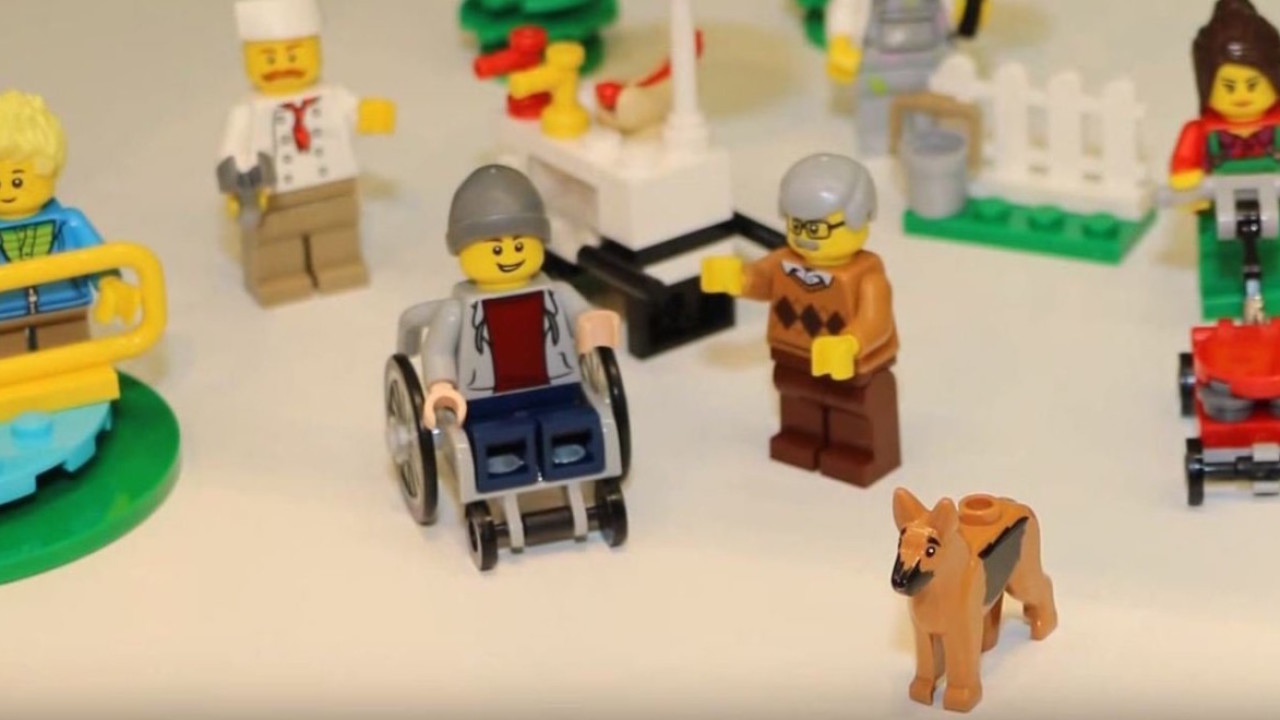 At a toy fair in Germany, toy maker Lego has unveiled its first set to include a disabled minifigure character.

The wheelchair-bound young male figurine (which you can turn female or old with a change of a wig) is accompanied by an assistant dog as part of Lego City’s new Fun in the Park set. Other accessories include a stroller for a baby figurine, a bicycle and a lawnmower.

The set reportedly comes after months of lobbying by #ToyLikeMe campaigners, led by a United Kingdom-based mother and journalist Rebecca Atkinson. Atkinson started the group in April 2015, calling on major toy manufacturers to help children with disabilities find positive representations of themselves in toys. In statement, she calls the move “massive in terms of ending cultural marginalization.”

“It will speak volumes to children, disabled or otherwise, the world over,” she said.

Lego’s Fun in the Park set is expected to go on sale for $40 later this year.

Everything is finally awesome.

➤ Lego Will Unveil A Minifigure In A Wheelchair, In A First [NPR]