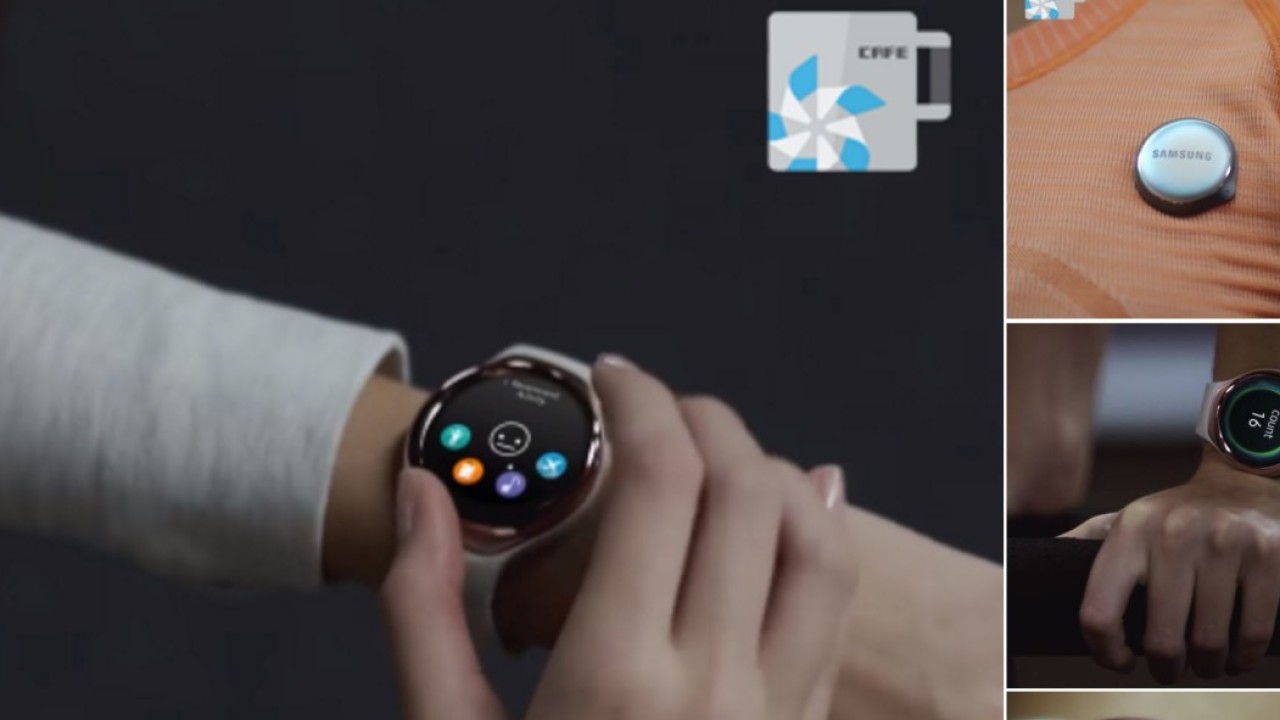 It looks like the Gear S2 might be getting a little brother. Leaked images suggest Samsung is preparing to release a new fitness tracker with detachable bodies and a few new tricks – including measuring your body fat.

Called the SM-R150 (probably not the final name), it looks like a fitness-oriented device running a version of the company’s proprietary Tizen OS.

It appears to share the Gear S2’s rotating bezel, which allowed for one of our favorite smartwatch interfaces, although the OS may be simplified to focus on fitness features.

Speaking of features, the device will likely use Samsung’s new Bio-Processor – an all-in-one chip solution for fitness trackers announced back in December.

Instead of an optical sensor (basically a camera for your skin), the Bio-Processor tracks heart rate with impedance technology; it measure your skin’s resistance to an electric signal, like the handles on the treadmill at your gym.

Perhaps more interestingly, the technology also allows the watch to track your body fat too. That said, impedance-based body fat measurements are normally highly inconsistent; they vary too much based on your body type and water intake.

Still, there are ways around that, and it’s something we’ve yet to see from any other fitness tracker.

Aside from heart rate and body fat, Samsung says the Bio-Processor could also be used to measure muscle mass, skin temperature and stress level – or any other metrics based on a combination of these. Ir also generally has a lower toll on battery life than the optical solution.

Meanwhile the device also takes a note from Fitbit’s new Blaze with interchangeable bodies – in this case even allowing you to attach it to your chest. On the software front, it looks like it can track your water intake and exercise repetitions.

It looks like Samsung might be preparing one of the most unique fitness trackers around. While all of this is very speculative, it probably won’t be long until we hear more, given Mobile World Congress is right around the corner.