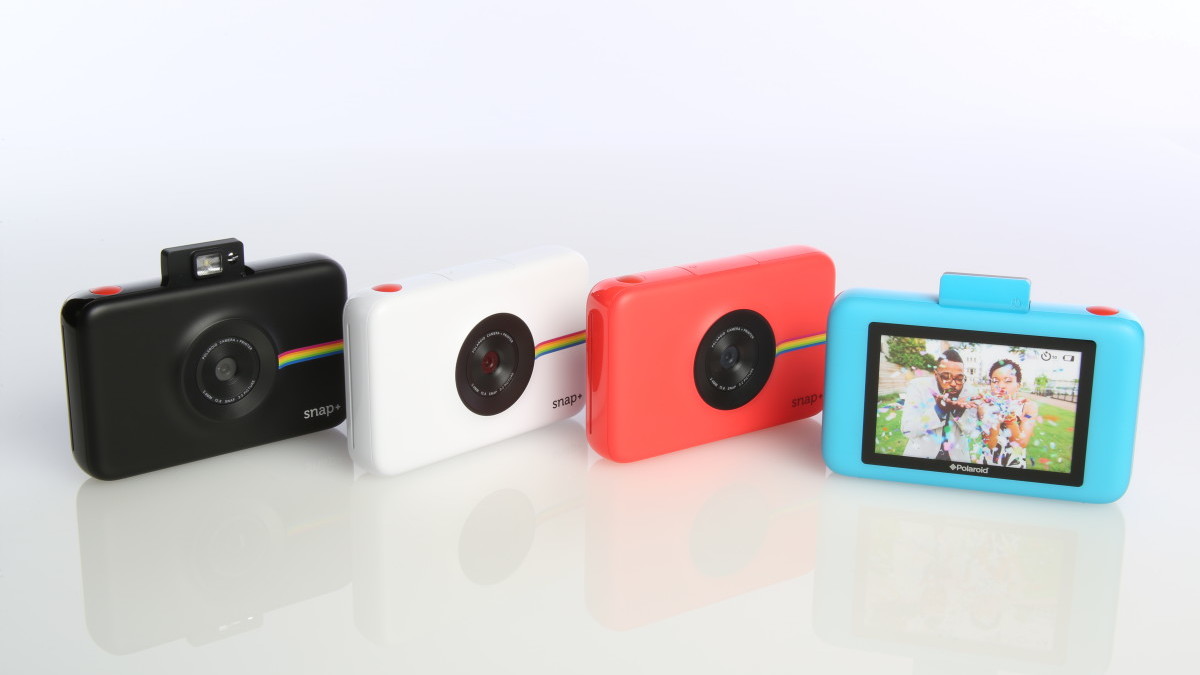 Polaroid has unveiled its newest instant print camera at CES, the Snap+, a souped-up version of the Snap, which was one of TNW’s recommended gifts for Christmas 2015.

The Snap+ has a 3.5-inch LCD touchscreen and the viewfinder seen on the Snap has been replaces with a built-in flash. Coupled with the new 13-megapixel sensor inside, this should mean higher-resolution and sharper photos.

Everything you shoot with the camera is stored on a microSD card of up to 128GB. That is significantly more storage than on the Snap which holds up to 32GB.

Like its predecessor, the Snap+ features a built-in print function, allowing you to get physical copies of your images on the spot. The 2×3-inch photos print in less than a minute and have an adhesive back so you can use them as stickers too.

One other neat feature is Polaroid’s consideration of selfies. The company has added a timer and pop-up mirror, as well as pre-loaded filters.

For editing, or larger prints, you can connect the camera via Bluetooth to Polaroid’s print app on iOS and Android, where you can edit the pictures or print from other devices.

Polaroid has not released pricing for the Snap+ yet, only saying it will be released in Q4 of 2016. The original Snap went on sale in October for $99, so if you’re in need of an instant camera, it’s still a viable option if you don’t fancy waiting.

➤ Polaroid Debuts the Next Generation of the Instant Print Camera, the Polaroid Snap+, at CES 2016  [Polaroid]