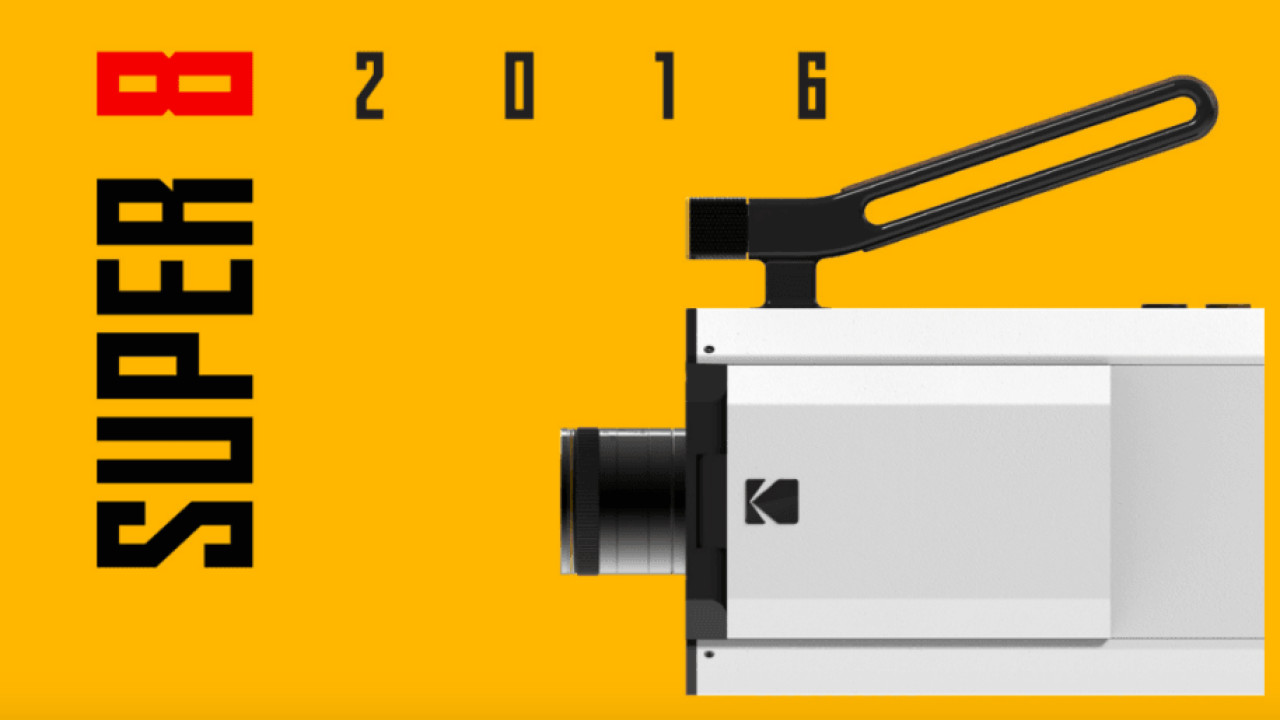 Kodak delighted camera lovers everywhere with its announcement at CES that the old-school Super 8 film camera will be re-released this year.

Complete with a new look designed by Jawbone’s Yves Behar, the updated version will combine analogue and digital recording, giving users the option to make use of both formats for their films.

The Super 8 film format was first introduced by Kodak in 1965 at the World’s Fair in New York. It was hugely popular in the 60s and 70s as the preferred format for making home movies, but when VHS came around it faded away.

That was mainly because VHS required no processing and videos were cheaper than the Super 8 film.

Kodak continued to produce and process the film but no new Super 8 cameras have been made since 1982. In fact, Kodak hasn’t sold many cameras at all in the past few years, after vowing to give up manufacturing in 2012 despite being more than 100 years in the industry.

The format is much-loved by film enthusiasts and this revival has been welcomed by the likes of Christopher Nolan, Steven Spielberg and Quentin Tarantino. JJ Abrams, writer and director of ‘Star Wars: The Force Awakens,’ which was shot on film, said:

“While any technology that allows for visual storytelling must be embraced, nothing beats film. The fact that Kodak is building a brand new Super 8 camera is a dream come true.”

The new camera isn’t a dead ringer for the original, it’s a pared-back version. The case, which comes in a range of different colors, is similar in size and appearance to a hip flask and has a protruding lens, which can be changed.

On the inside, the case’s side slides open and that’s where you put the film cassettes. There is a diamond-shape opening on the outside where you can see the tape inside the camera.

The handle on top doubles as a microphone and to bring the camera up-to-date, Kodak has added a digital viewfinder, SD card slot and connection points for cables.

Just as vinyl is experiencing a revival in music, film has been making a comeback in the production of home and mobile videos, as well as big blockbuster movies. Most recently, ‘The Hateful 8,’ ‘Spectre’ and Danny Boyle’s ‘Steve Jobs’ were all shot on Kodak film.

Kodak has not released final pricing for the Super 8 camera just yet, but Kodak CEO Jeff Clark told The Wall Street Journal that it will hit the market this autumn priced between $400 and $750. He also said the company is hoping to attract the attention of film schools and hobbyists.

However, with the growing popularity of apps like VHS Camcorder in recent times, Kodak could be in for a whole new wave of fans.