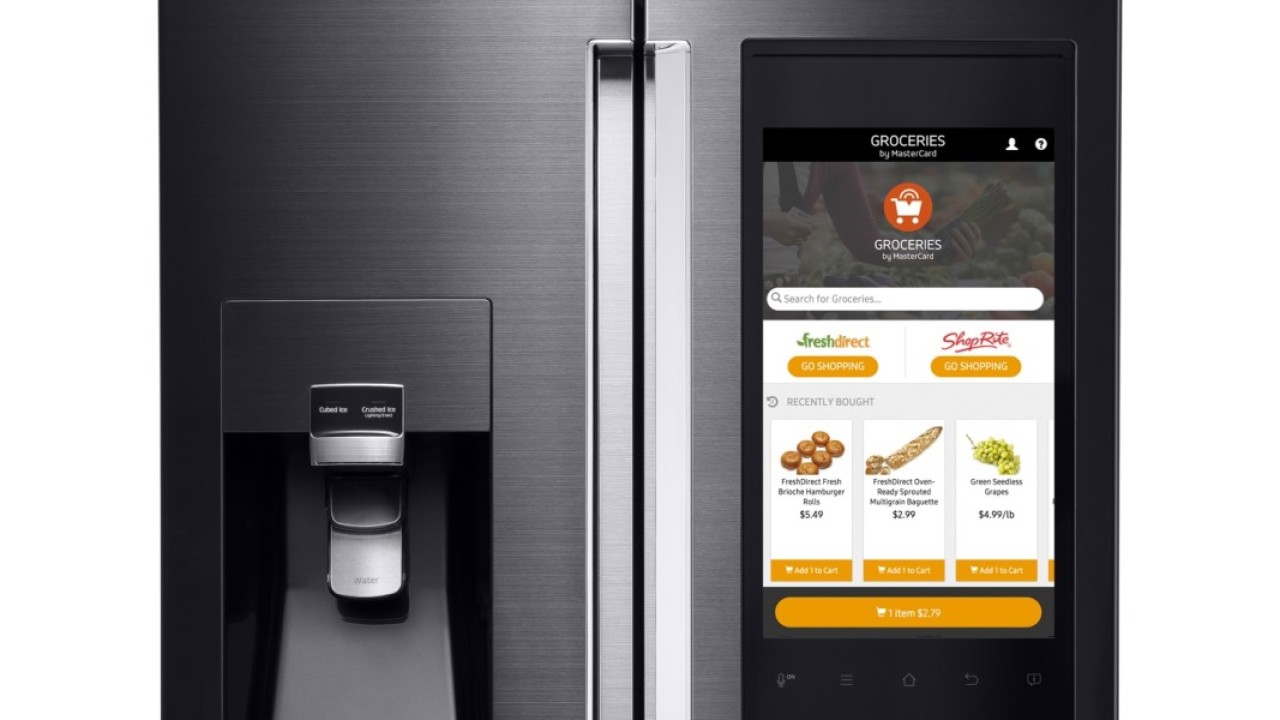 While Samsung’s ‘Evernote fridge‘ from 2013 was little more than a novelty concept, the new Family Hub refrigerator, unveiled today at CES, is a much stronger attempt to reboot the kitchen appliance.

Equipped with a 21.5-inch touchscreen and running Samsung’s Tizen operating system, the fridge aims to be center of your family’s life. It comes loaded with an app called Groceries, that has been developed in partnership with MasterCard Labs. You’ll be able to order food directly from the fridge door, and you’ll receive recommendations for other items as the app learns what you like.

There’s a companion mobile app that allows family members to add items to be added to the household’s next order. It’ll also allow you to see what you’ve already got in stock from wherever you are, via a camera built into the fridge.

Beyond the Groceries app, the fridge’s screen can display family calendars, videos and more.

If you’re in the North East USA, you’ll be first to get a chance to buy the Family Hub as of May this year. MasterCard Labs has partnered with grocery chains FreshDirect and ShopRite, as well as MyWebGrocer to kick things off, but more outlets will be added over time as the fridge goes on sale in more markets around the USA and the world.

Samsung, like most major manufacturers, is going big on the connected home at CES this year, with its 2016 smart TVs acting as control centers for the smart appliances with which it wants you to fill your home.