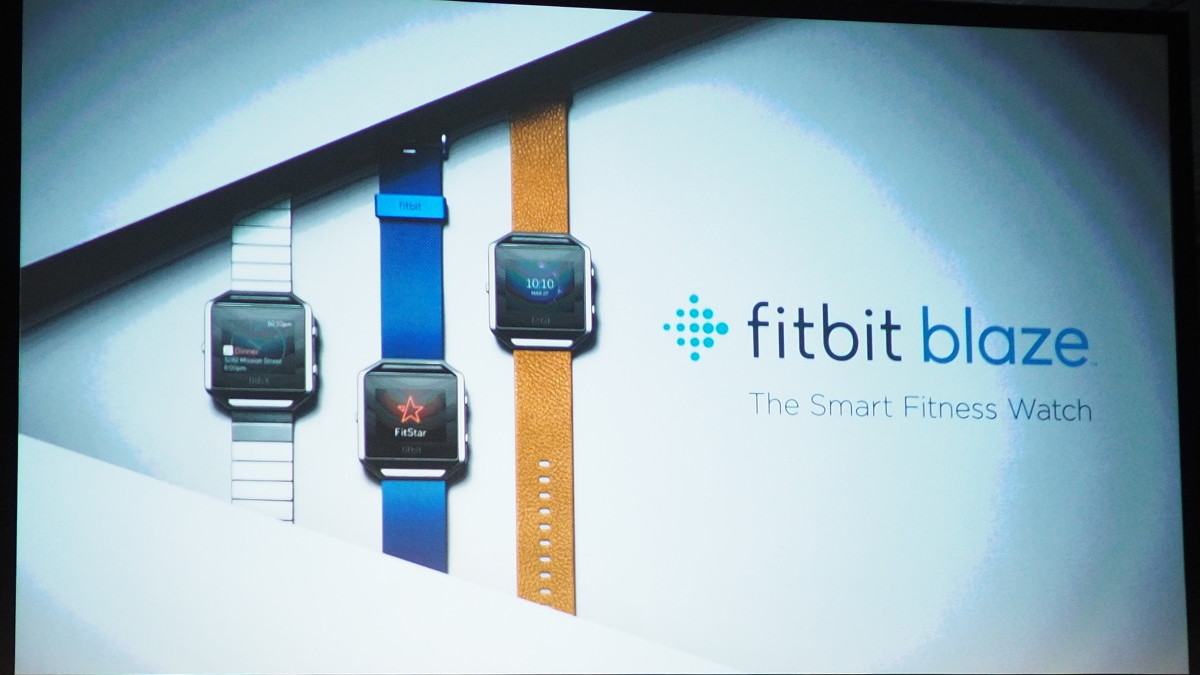 At CES 2016, Fitbit has announced its newest fitness tracker, and at $199, it actually looks kind of great.

The new Fitbit Blaze is modular, so you can take the core body and place it into  metal, rubber, or leather bodies and straps. It’s also the first Fitbit tracker with a color screen, which retains the touchscreen capability from the Fitbit Surge.

The screen would indicate more smartwatch capabilities, but the company insists that it’s ‘smart fitness watch’ instead. The goal is to make a wearable that puts fitness at the forefront, while still providing useful features like call, text and calendar notifications.

There doesn’t appear to be any support for third-party apps however, which seems like a huge missed opportunity – although it’s certainly possible this could be added through an update later.

At least you do get a new variety of watchfaces at your disposal, including ones that display your heart rate and step counts right on your homescreen.

Like the Surge, the Blaze tracks your heart rate continuously all day; most smartwatches and some activity trackers only check in periodically unless you manually activate a workout.

Unlike the Surge, there’s no GPS built into the device, although you can connect it to your smartphone to use its own sensor to track your runs.

Meanwhile a new feature called FitStar can help train you by providing visual guides as you work out. Another feature called SmartTrack automatically detects what type of movements you’re doing to more accurately calculate your calorie burn (the Surge gained this ability in November).

However, perhaps the most impressive detail is the battery life: Fitbit says the device can last for up to five days on a charge.

Anything above two days is rare for a tracker or smartwatch watch with a color display, so we’re curious to see whether the device lives up to those numbers in the real world.

The device will retail $199 – cheaper than the Fitbit Surge’s $249 – and pre-orders begin today for the March launch window. The base price will get you a black, blue or ‘plum’ rubber strap, but you’ll need to pony up an extra $99 or $149 for the fancy leather or steel straps, respectively.

We’ll be going hands on with the device soon, so stay tuned for more impressions.