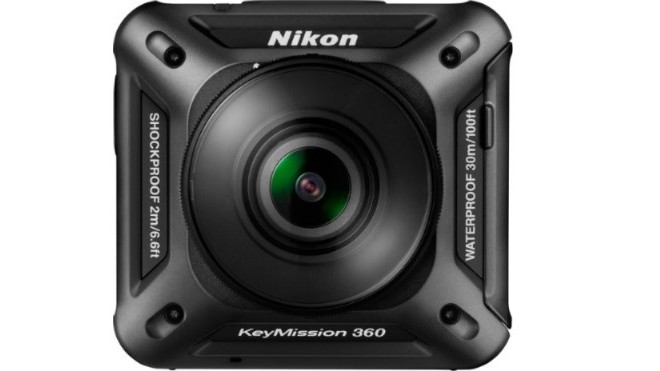 According to a press release (Dutch), the ‘wearable’ camera provides for 360-degree filming in 4k UHD resolution. The camera is able to accomplish that via a series of sensors and lenses that stitch together to create a seamless picture.

The KeyMission 360 is waterproof to a depth of 30m and resistant to shock, dust and low temperatures.

Nikon’s aim with its first action camera is to embrace the burgeoning world of immersive video. By marrying the familiar action video space — dominated thus far by GoPro — with the new medium of VR, Nikon might wiggle in as the first consumer-friendly VR camera at a reasonable price point.

The company is demoing the product, which doesn’t have a listed price but is set to release sometime in the Spring, on the CES show floor.