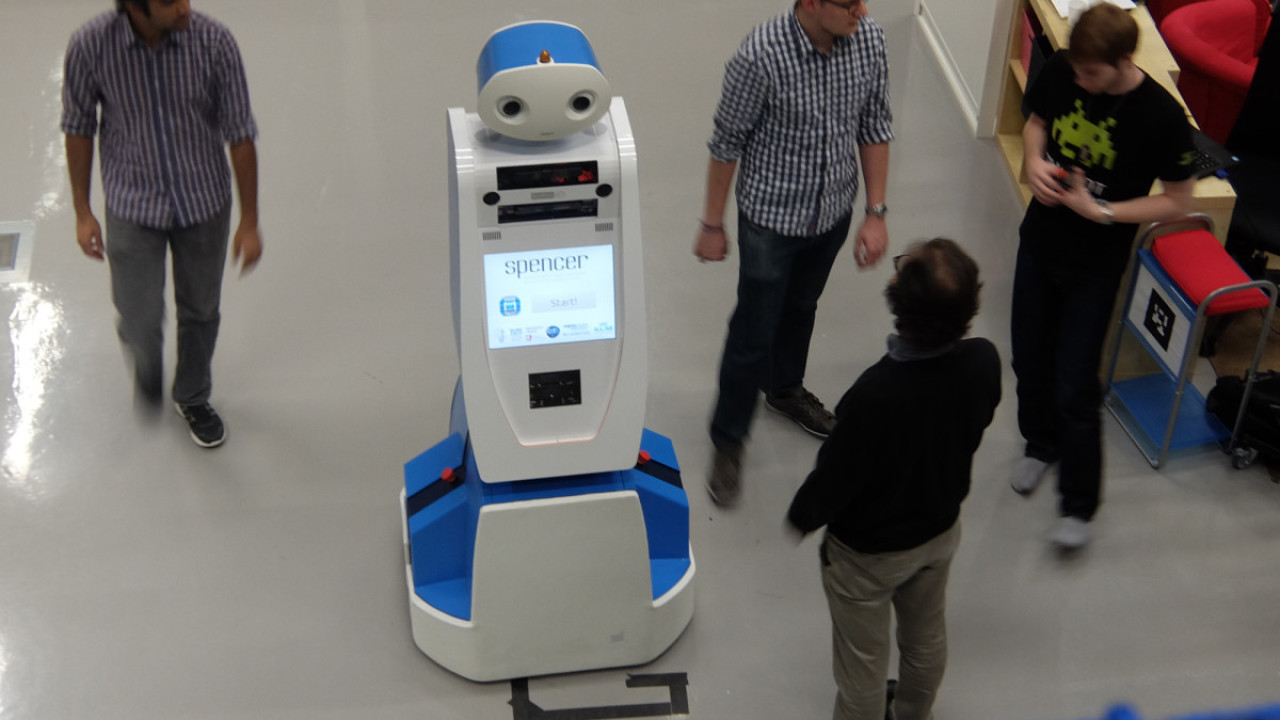 Schiphol Airport is probably one of the most complicated airports to navigate around. That’s why KLM airlines has invested in a project to develop a robot that will help passengers find their way and avoid missing their flights in the Dutch airport.

Spencer is an armless friendly-looking robot that will be tested in Schiphol from the end of November.

The robot was created by a team that used research from five different Universities around Europe and is funded in part by the European Commission.

Spencer is equipped with a map of the airport and can survey its surroundings by measuring the distance to various obstructions using laser beams. Pre-loaded obstructions, such as walls and stairs, won’t be a problem for the robot, and neither will people, according to the researchers.

It’s trained to understand human behavior and won’t be running over groups in the airport; it will know to move around the people in its way.

Spencer is also programmed to be cognizant, so it will know how many people are in the group it’s helping to navigate and check at intervals that all of the people are still with it.

What might be an issue though, according to its creators, is objects that are left somewhere temporarily. Achim Lilienthal, one of the professors involved in the research, explained:

Objects that are temporarily permanent so to speak, are the most difficult to work around. We do not know, for instance, how long that luggage trolley will be parked in a particular spot, which makes it harder for the robot to determine its own location. We are working on a general map representation that includes and allows the robot to handle temporarily permanent objects.

This will be one of the things the group wants to learn when the first trial starts on November 30. That trial is set to last one week and then the research team will leverage the data collected and use it to streamline Spencer before it officially gets to work in March next year.