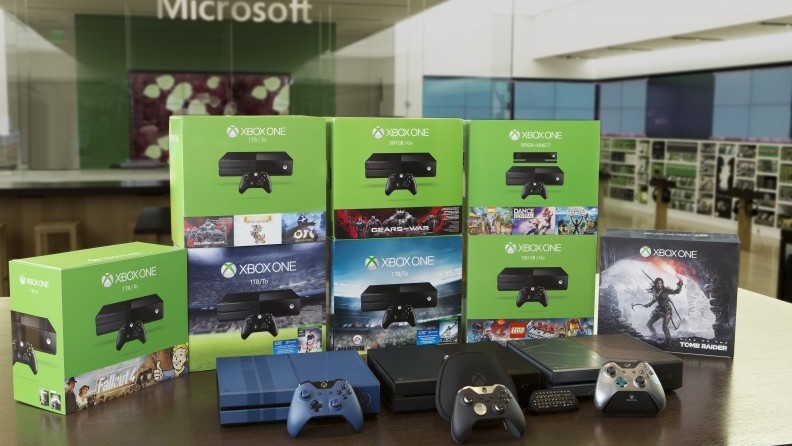 After Sony dropped the Playstation 4’s price to $349.99 in October, Microsoft is firing back for Black Friday and the holidays with a $50 discount on all of its Xbox One bundles.

Of particular note are packages including ‘Gears of War: Ultimate Edition‘ or ‘The Lego Movie Videogame;’ those will cost just $299, which is the lowest the Xbox One has ever been. All twelve bundles are getting the price drop, however:

In addition, Microsoft is offering Xbox Gold subscriptions for just $1 for the first month from today to November 30th, giving you early access to Black Friday deals on individual games.

The Xbox One has lagged against the Playstation 4 until recently – which has traditionally simply had a stronger games lineup – but the holiday season is looking good for Microsoft.

Recently the console was updated to a Windows 10 core, bringing a much-improved interface and some notable features – backwards compatibility with certain Xbox 360 titles in particular. And with a selection of games that now includes exclusives like ‘Rise of the Tomb Raider,’ ‘Forza Motosport 6,’ and ‘Halo 5: Guardians,’ the Xbox One is looking pretty good at its new price point.

It’s not a permanent deal, however. The price drop will run through November 26 to November 30 in stores and online, after which it will likely return to its previous entry price of $349.