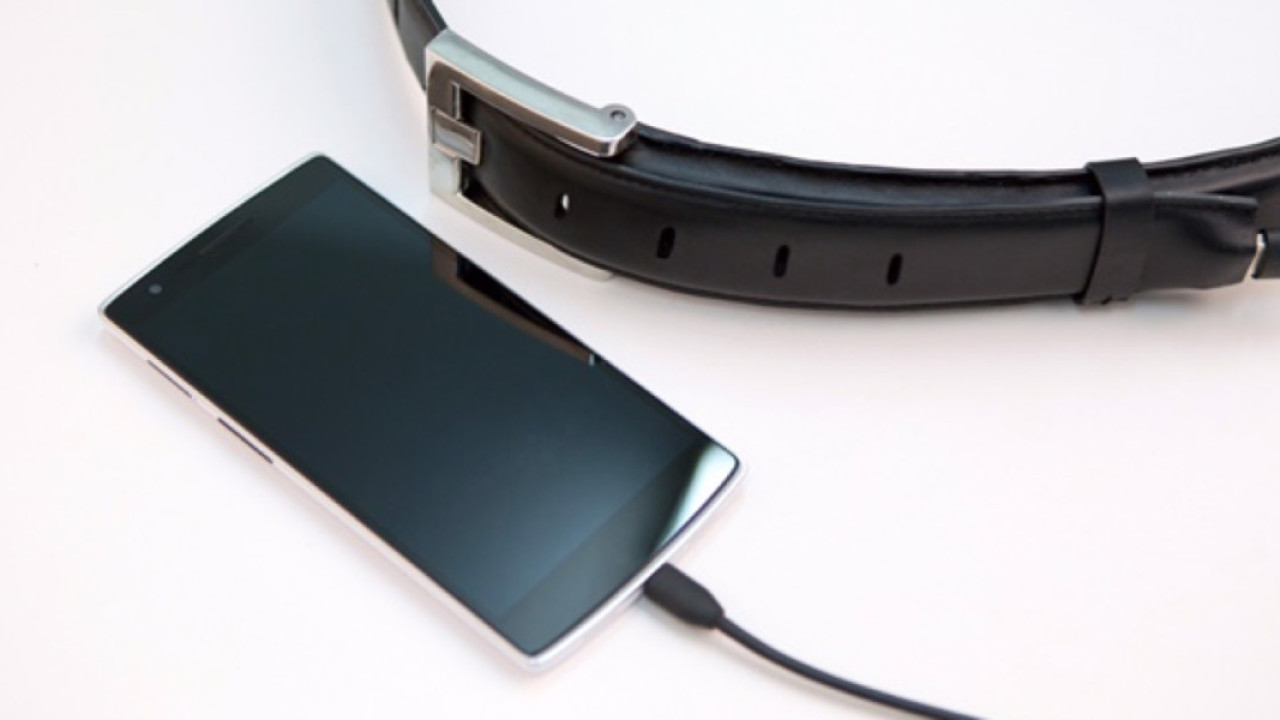 Last year, I tried a prototype of the XOO belt – a wearable battery for your smartphone. It contained flexible batteries that meant it worked just like a normal belt but with the addition of a discrete cable you could use to charge your phone on the go. It was a neat idea but it proved too expensive to mass produce.

Developers Nifty (also known for the MiniDrive) went back to the drawing board. They’ve collaborated with a US-based team led by inventor and Shark Tank alum Aaron Krause to create a second-generation product called the Ion Belt. It’s launched on Kickstarter today looking to raise $50,000.

The new, lower cost design boasts a larger 3,000 man battery, and the buckle is designed to plug right into a USB wall charger, making it easy to charge the belt up when it’s run dry.

To reduce the cost, a different type of battery has been used compared to the XOO. The older model, with its flexible batteries, has become a $499 high-fashion product while the Ion Belt is available to Kickstarter backers for $89 and will retail for around $130. It’s scheduled to ship in June 2016.

As someone who carries a bulky but powerful Anker battery around most times he leaves the house, the idea of swapping to a belt is appealing. Hopefully it’ll be second time lucky for the wearable battery dream.