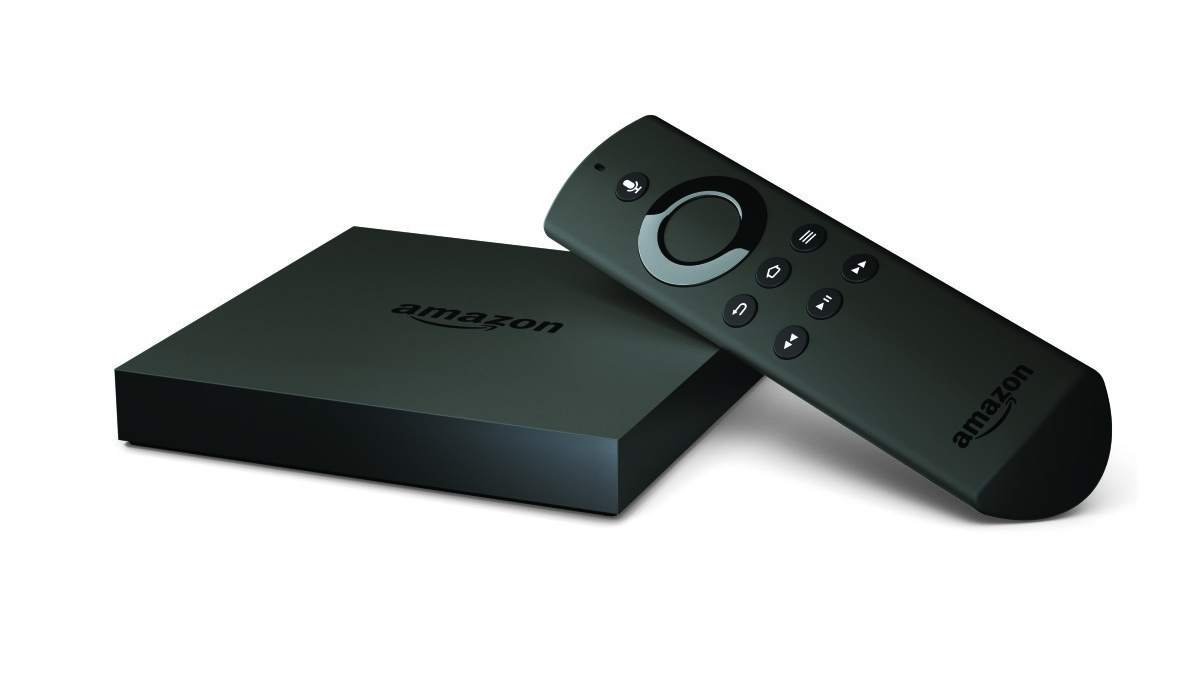 The season of cord-cutting media devices is upon us, with Amazon, Roku, Google and Apple offering up new generation devices that promise high quality content and ease of use. At $99, Amazon’s new Fire TV will ship at the end of the month, beating Apple’s refreshed TV product to the market.

Is it worth getting now? I’ll break down for you what you’ll be getting (and missing) in picking up the Fire TV.

Like its predecessor, the Amazon Fire TV is easy to plug in and get running. The small black box is sleek and unassuming, and its pretty easy to stash away if you don’t like devices cluttering your entertainment space. It also has a microSD port, accommodating for plenty of hours of content and apps.

But be warned: for whatever reason Amazon once again declined to include an HDMI cable in the box, so pick one up if you want to get it to work out right away.

After plugging in the device, the onscreen walkthrough is fairly simple. The device is verified through an existing Amazon account, so any previous Watchlists or other media metadata related to the account will automatically be available on the new Fire TV.

The quad-core processing, dual-band 802.11ac and optional ethernet plug-in make the new Fire TV quick and consistent, with flexibility for connection. In testing it, the load rates never seemed to warrant a hardwire connection, but it’s nice to know its there.

If you’re a previous Fire TV owner, you won’t be particularly wowed by the interface — it looks the same. But the addition of voice control in the remote accesses Alexa for the Fire TV. Alexa can answer questions and conduct simple searches, helping you get to content early.

The only drawback for the voice activation is that it’s never actively listening — you must hold the voice button down throughout the entire time you’re speaking, which can be a bit difficult to remember when other devices have one-touch assistant activation and listen to the whole phrase. But search is easy and Alexa is snappy, so you don’t feel like you’re waiting a while before getting what you need.

With so many cord-cutting devices out there, content really is key. Amazon has guarded its content offerings away from both Google and Apple, so it already has the big advantage of its vast media library exclusive to Amazon devices. In owning the Fire TV and accessing this exclusive media, users will find that it’s better to have a Prime account. If you’re already a Prime member, this seems paltry, but it’s worth noting that the Fire TV alone doesn’t justify shelling out $99 per year.

Amazon, of course, has also made accessing its content fairly easy and enjoyable. Users can rent and buy movies right from Amazon’s store, and stream in up to 4K resolution for some select content.

I’ve never really been a fan of Amazon’s browsing setup — there’s a lack of the smart recommendations or sorting you might be used to on services like Netflix, plus the company puzzlingly separates television search results by seasons, so you will see ‘Friends’ come up 10 times in your feed. Amazon has allayed that slightly by leaning heavily on voice search, but it can still take a while to find something you want casually.

Search also is inconsistent with identifying content across apps. Sometimes search will know when a certain movie or show is available for stream on Hulu Plus, and other times it hides the option behind a second ‘More ways to watch’ button. My review unit, running Fire OS 5.0.2.1, doesn’t yet have results integration with Netflix, but it’s likely to show up over time.

For the apps that Amazon does support — Netflix and Hulu as well as other channel-based apps like HBO Go or Showtime — things run smoothly. The Fire TV can easily stream the content, without buffering, and in HD. Just don’t make the mistake of activating voice search when using them, since apps don’t take advantage of it.

The Fire TV is billed as a “gaming device,” which is why it is also selling a $139 bundle complete with a bluetooth controller and two games. Armed only with the vanilla version, it was nice to see that Amazon accommodates for remote-only gaming. Like Amazon’s music and photo offerings, gaming still seems to take a back seat. Maybe if Amazon secures some great developer exclusives, there would be more incentive to think of it as a real-deal gaming console.

Amazon does a great job of offering apps like Sling TV to aid cord-cutters in finally ditching their cable boxes, but sadly there’s no native YouTube app. Users can download a bookmark that takes them to a TV-optimized site, but the omission is likely fallout from Amazon and Google’s unwillingness to play nice with content.

More on the Way?

The FireTV already has a lot, but it’s promising a lot more over time. Amazon is apparently investing plenty into Alexa’s performance on the device, with more commands and better integration with Amazon’s content library.

Alexa will also be able to do more, well, Alexa-style things. Taking advantage of more voice functionality, Amazon has promised things like shopping lists available in the near future. Just don’t expect it to turn your Fire TV into an always-on device — as mentioned previously, Alexa only works if you push and hold the voice button.

Additionally, there will undoubtedly be more 4K content to take advantage of, so if you’re an early adopter of those fancy TVs, there is bound to be more content over time.

Amazon is clearly doubling down on the FireTV as a vehicle for quality content, so owners of this model may also see the value of the system increase as the company feeds more apps and functionality into it.

Pledging allegiance to Amazon devices is something you have to do wholeheartedly in order to get the most out of their hardware. Like my experience with the company’s latest-generation tablets, you have to feel comfortable and happy purchasing a la carte content from Amazon if you want to have the best experience.

That said, there’s something about the FireTV that makes it a good buy even if you just want to stream free content. It’s a more than capable cord-cutting device with all of the services needed to enjoy a variety of content at a relatively minimal price.

It’s not a flashy upgrade or an exciting new turn for Amazon’s media strategy, but the Fire TV works reliably. In the end, it matters whether Amazon’s expanse of videos and television are worth your time.

Amazon’s new Fire TV is available for purchase — in a base version and in a gaming bundle for $99 and $139, respectively — on the company’s website.