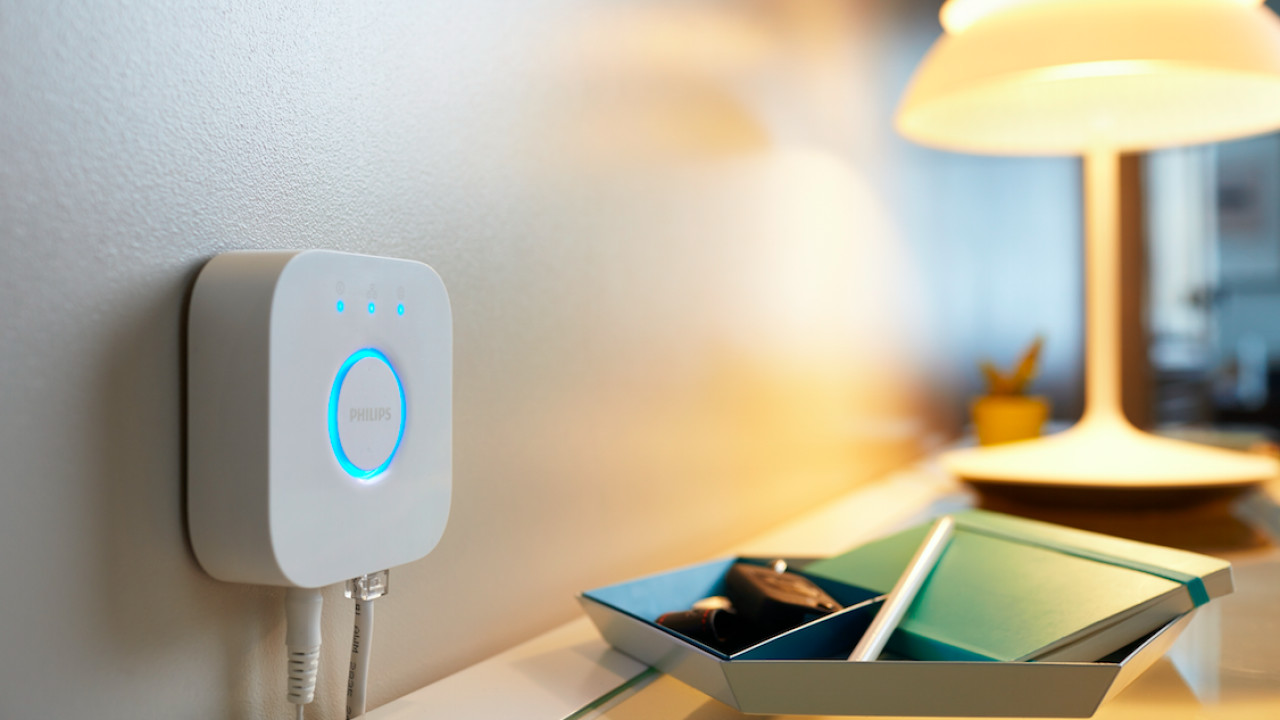 Unfortunately for current Hue customers, this means a new box is required as Apple requires HomeKit devices have specific hardware that the previous Bridge did not support. However, there’s a discount available for anyone who finds themselves in this position – Phillips is offering the new Hue Bridge 2.0 for $40 to existing customers; New customers will have to pay $60.

Despite a slight design tweak (the new Bridge is more square than its predecessor), the box is essentially the same and it still supports all the third-party systems it always has, like Nest and SmartThings.

With the new Bridge 2.0, there’s also a new version of the accompanying app. Once you’ve downloaded the app and set up your box, Siri can get to work. You can control individual lights using Siri, but setting up various scenes like a “chill out” mode for the evening or “romantic” dimmed effect will need to be done in the Hue app.

Unfortunately, scenes you create in the Hue app can’t be granularly controlled via Siri (yet), and you can’t add Hue lights to a HomeKit custom scene.

While Philips hasn’t mentioned branching out from lighting, it will be interesting to see if this level of automation could be applied to other parts of the home, turning Philips Hue into more of a centralized Internet of Things system.