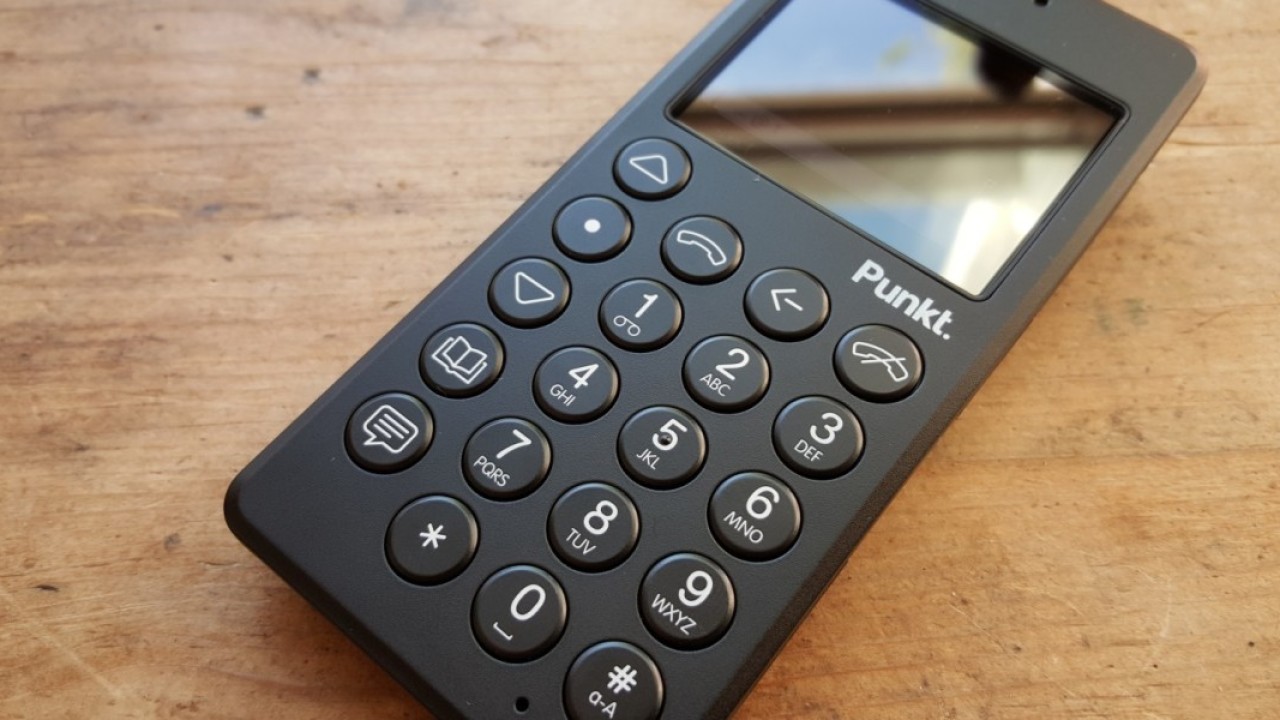 As someone who spends a disproportionate amount of my life sat at a computer, it’s easy to get sucked into checking out every link, every article, every email – every everything that lands in front of me. And if that happens, not a lot else gets done in a day.

It’s equally easy after forming habits like that to carry them on from your phone during the fleeting moments you’re not sat in front of your screen.

If that sounds all too familiar, then you’re exactly the sort of customer Punkt is aiming its first ‘distraction-free’ device at – the MP01.

In a nutshell, it’s a stripped back device that lets you call, text, set a reminder or set an alarm. That really is about it.

Oh, there is a really basic calendar too.

After spending a little time with the MP01, I’ve come to appreciate the unusual design elements – it has a more angular back than most devices, for example. I also love how the ‘back’ button isn’t placed next to the buttons for controlling up and down navigation, as would often be the default – instead it’s placed where your hand seems to naturally go.

It’s also nice to have buttons that let you jump straight to your phone book or writing a message; it’s certainly a device that wants to spend most of its time in your pocket, bag or anywhere else out of use.

However, I can’t help but feel that while the problem is a genuine one – ‘digital distraction’, despite being a terrible term is real – the MP01 doesn’t quite strike the right balance as a solution.

Primarily, for this deliberately limited functionality you’ll need to pay $299, which feels like an awful lot of money when you can pick up a basic no-frills handset from eBay for around $20.

Sure, I like the nostalgia of a T9 keyboard as much as the next person, but do I really want to pay $300 for that privilege? Hell, no.

It’s an undeniably distinctive design that was well thought through in hardware terms – as it should be, having been designed by British designer Jasper Morrison. While the software won’t seem all that familiar to anyone used to a smartphone, it’s intuitive and takes only a few minutes to get your head around how to navigate.

The best part about it is probably the battery life; I noticed it was showing red and nearly fully depleted then forgot to turn it off – two days later it was still powered on.

However, whether it’s worth the not inconsiderable $300 asking price depends on how sensitive your design tastes are and just how badly you want to cut back on notifications on your phone – alternatively, you could install something like ClearLock to cut back on interruptions.

Appealing as the hardware is, it’s just too expensive for me.