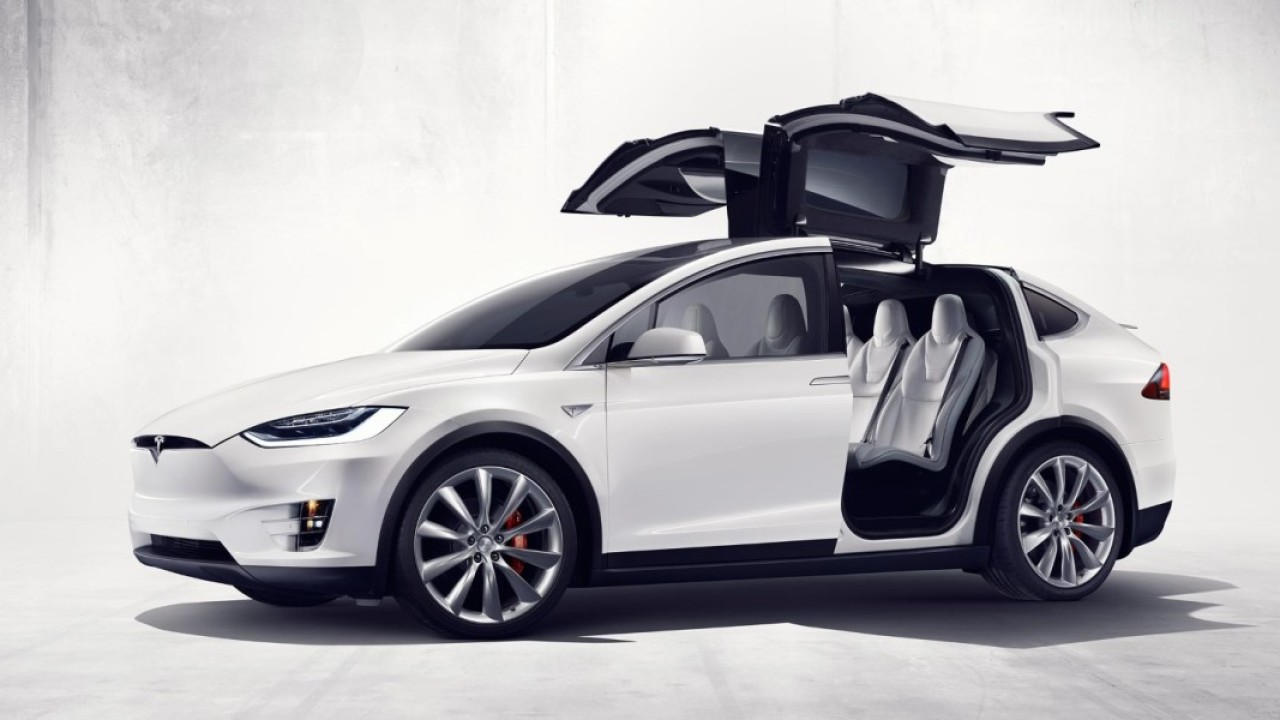 Available in two variants with two seating options, the Model X shares a drivetrain with the Model S sedan and has a range of 257 miles on a full charge, or 250 miles in its high-speed ‘Ludicrous mode’ — only a little less than the Model S’ 265 miles.

The SUV tops out at a maximum speed of 155 mph and goes from 0-60 mph in 4.8 seconds in standard mode and manages that in 3.2 seconds in Ludicrous mode.

It seats up to seven people in three rows, and has falcon wing rear doors that open upwards rather dramatically. But those aren’t only for dramatic effect; they allow easy entry and exit into the third row and let you load toddlers into child seats in the second row while standing upright.

In addition, the rear doors sense the roof height of your garage and adjust to ensure that they don’t make contact with the ceiling. The car also triangulates the driver’s location as they move towards the vehicle and automatically open the front door to allow them in.

The Model X is also big on storage: It lets you stow items under the seats in the second row, includes an accessories hitch that can hold up to four bicycles or six sets of skis, and can tow 5,000 pounds while loaded with passengers and luggage.

Tesla is calling the Model X ‘the safest SUV ever’, with tests showing that the probability of injury owing to an accident is at just about 5 percent, exceeding the NHTSA’s 5-star requirements.

The company says that’s because of its large crumple zone and small engine in the front. It added that side intrusion damage is also significantly lower than the next best rated SUV in the world. and half the risk of rollover injury when compared to other SUVs.

Tesla notes that the SUV also has the first true HEPA filter in a car, which it says is many hundreds of times better at filtering smog, allergens and viruses and offers air quality similar to a hospital operation theater.

The Model X was initially showed off in 2013, but production issues delayed its rollout by nearly a year.

The company delivered the first batch of vehicles to owners who pre-ordered the Model X. Prices start at around $100,000 and go up to $142,000 for the top-end P90D version.