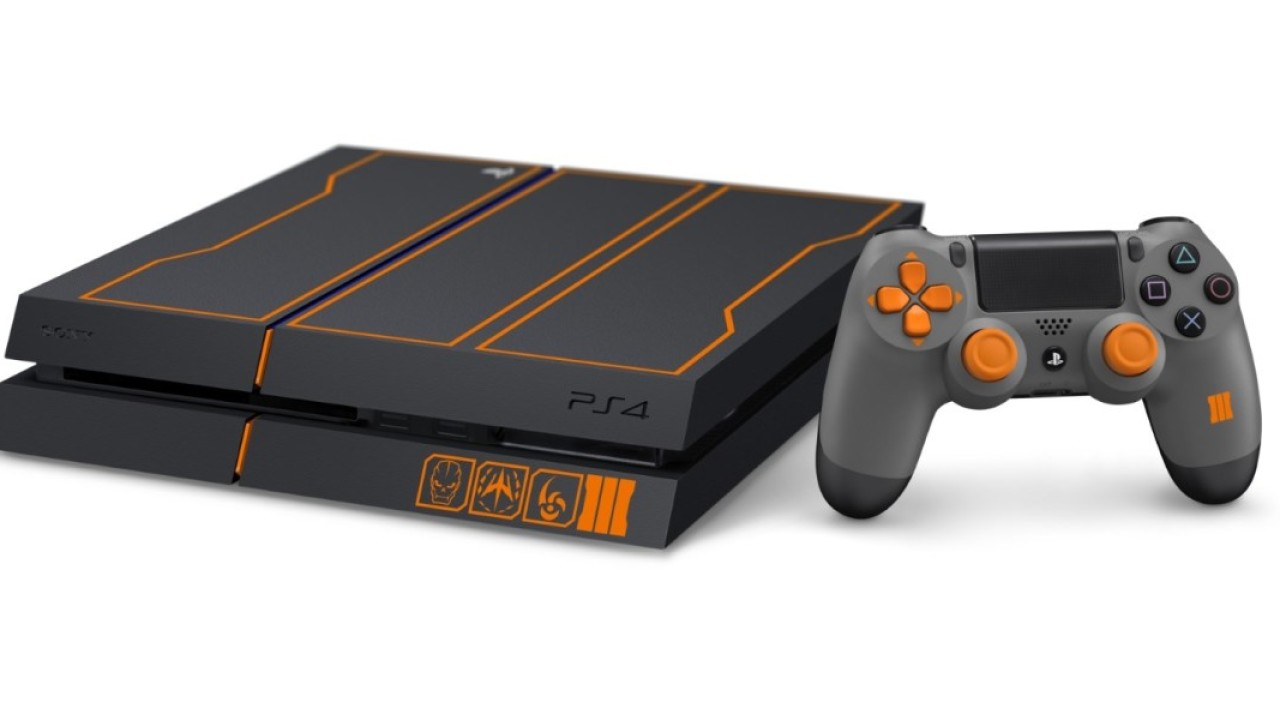 Sony has announced a limited edition PlayStation 4 bundle featuring a custom paint job for the console and controller based on the upcoming first-person shooter ‘Call of Duty: Black Ops III‘.

The jet black chassis features the title’s ember orange logo, colored power and eject buttons as well as three emblems on the front each representing a game mode. It also packs a 1TB hard drive, available with the console for the first time in North America.

The included DualShock 4 controller is decked out in gray and orange and will also be available as a standalone item.

In addition, the bundle includes the standard edition of the game, along with the popular NUK3TOWN multiplayer map from previous Black Ops titles.

The bundle will be available alongside the game on November 6 for $449.99. It will also be released in Canada at $549.99 CAD. US pre-orders are now open at Amazon, Best Buy and Gamestop.