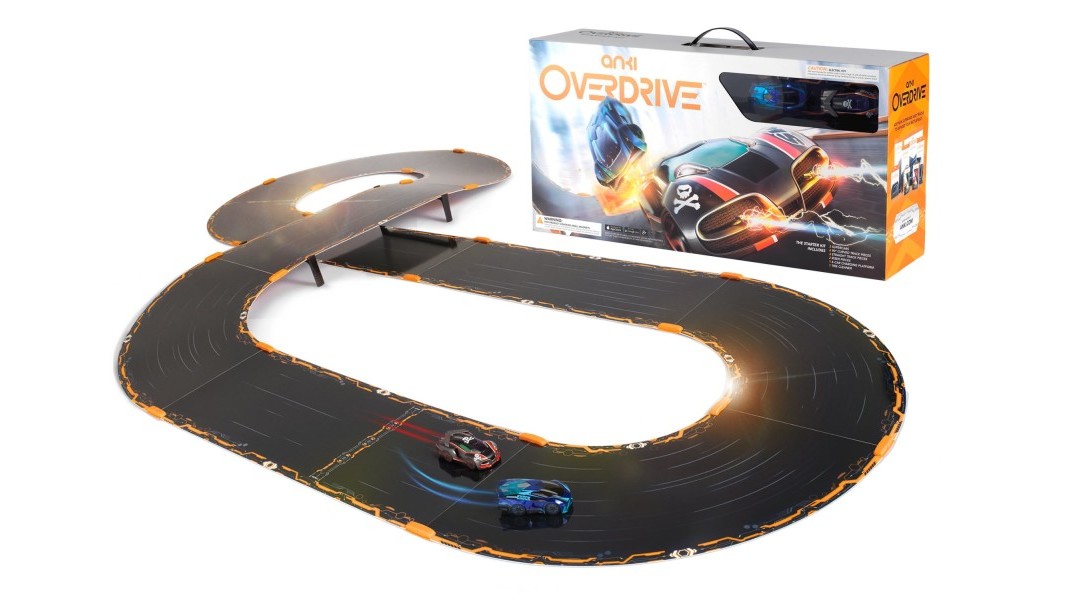 Anki, makers of the Drive racing game that lets players control toy cars with their phones, has launched the second version of its popular title with all-new vehicles and a modular track system, and it’s coming to the UK next month.

Overdrive introduces four new futuristic cars to challenge friends with or play against the system’s AI. You can customize your vehicle’s speed, weapons and defenses through in-game upgrades.

The new modular magnetic track system lets you expand it with turns, intersections and ramps by purchasing additional kits.

It’s also backwards compatible, so you can use cars and tracks from the original title in specific game modes.

While Overdrive has just launched in the US and Canada, it will arrive on UK shores on October 6. The company says it will make new features and challenges available for free.

The Overdrive Starter Kit will be available for £149.99 and comes with two supercars and 10 separate modular FlexTrack pieces, allowing gamers to build eight different battle courses. Additional track kits start at about £9.99 and expansion supercars retail at £49.99.