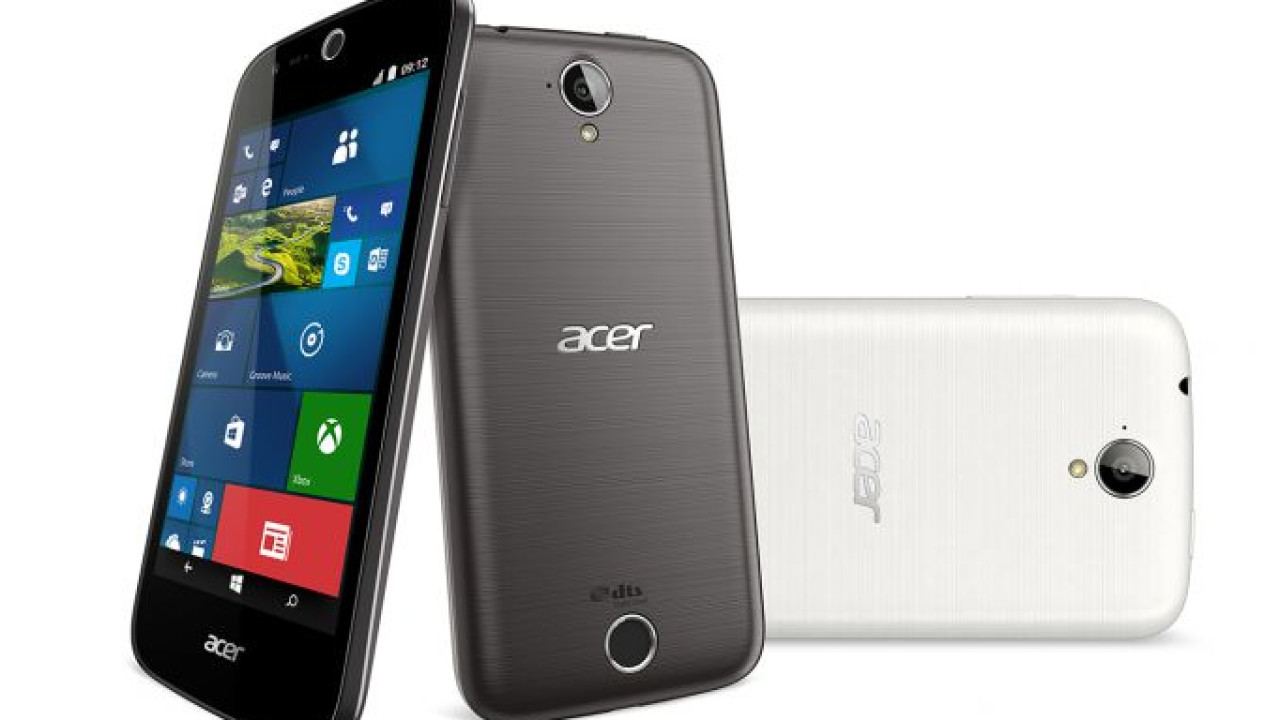 Acer was due to announce six new smartphones as part of its Liquid range at IFA in Berlin today – four running Android 5.1 and two with Windows 10.

In a press release sent out by the company it stated the phones would be “unveiled today at the [email protected] press event at IFA Berlin in Germany.”

However, it seems like the reveal was either forgotten or left out on purpose as the press conference swiftly came to an end without any mention of the handsets.

Both the front and back camera are capable of 8-megapixel shots; the front facing snapper has a wide angle lens for optimal scope when shooting.

A more powerful version, the Z630S features an octa-core processor, 3GB of RAM and 32GB of storage.

The smaller Z530 has a 5-inch 720p screen and the same quad-core 1.3GHz MediaTek processor. It comes in two versions – 1GB of RAM paired with 8GB of storage, and 2GB of RAM and 16GB of space. Acer did not specify which markets will receive the different versions.

Acer says this phone is designed with selfies in mind and has the same wide angle 8-megapixel camera on the front.

There is also a higher-end version of the Z530 called the Z530S, which comes with 3GB of RAM and 32GB of storage.

The Z320 is a variant of the Z330 with the same specs and design, only it has a 2-megapixel front snapper, instead of the 5-megapixel on the Z330.

The Windows 10 phones – the M330 and M320 – are identical to their Z counterparts in terms of specs and appearance. Microsoft’s Windows 10 isn’t available officially for mobile yet so we’ll have to wait another few months to see how the mid-range handsets will handle the new OS.

Each handset in the range comes with Acer’s BluelightShield, which allows you to control the exposure and blue light on the phone.

Another common feature across the range is QuickMode. It allows you to customize the interface of your phone to one of three options: Standard mode, for users who are proficient with smartphones; Easy mode, for those who are still learning and adjusting and Base mode, which offers a wide range of safe browsing options for children.

Acer Aid Kit comes on the handsets as well, which lets you monitor battery life, performance, and back up or restore your phone’s data.

We have contacted Acer about the non-announcement and will update this post when we receive a response.