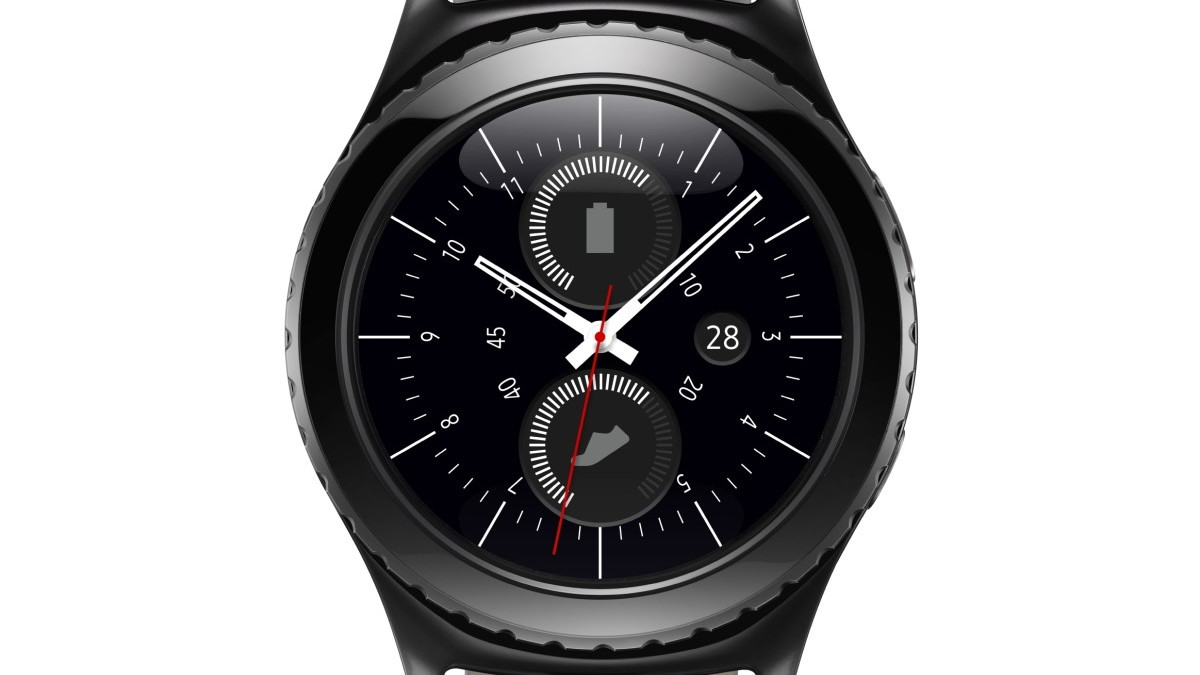 Samsung has announced its latest offering in the smartwatch world, the Samsung Gear S2. With a round look and two different styles, the S2 is a departure from its 2014 predecessor, the Gear S.

The Gear S2 offers a 1.2-inch circular screen at just 11.4 millimeters of thickness. The resolution works out to a 360 x 360 (302 ppi). Under the hood, the watch has an optimized 1-GHz dual core processor and runs Tizen OS — which up until recently was exclusively used for Samsung’s smartwatch and TV offerings. Features include notifications and the ability to send emails through the watch, as well as voice compatibility for those who purchase the S2 3G model.

The Gear S2 can last for up to two to three days of continuous wear, and will be able to charge wirelessly with the included watch dock.

The watch will come in Dark Gray with a Dark Gray band and Silver with a White band, while the Samsung Gear S2 Classic (likely the higher end model compared to the sporty S2) will be available in Black with a leather band. Both the watch face and the band are interchangeable, and Samsung says it is working with partners to develop these accessories to be sold separately at retail.

The Korean company has yet to list a price for either watch. Both will be available for demonstration at IFA in Berlin on September 3.