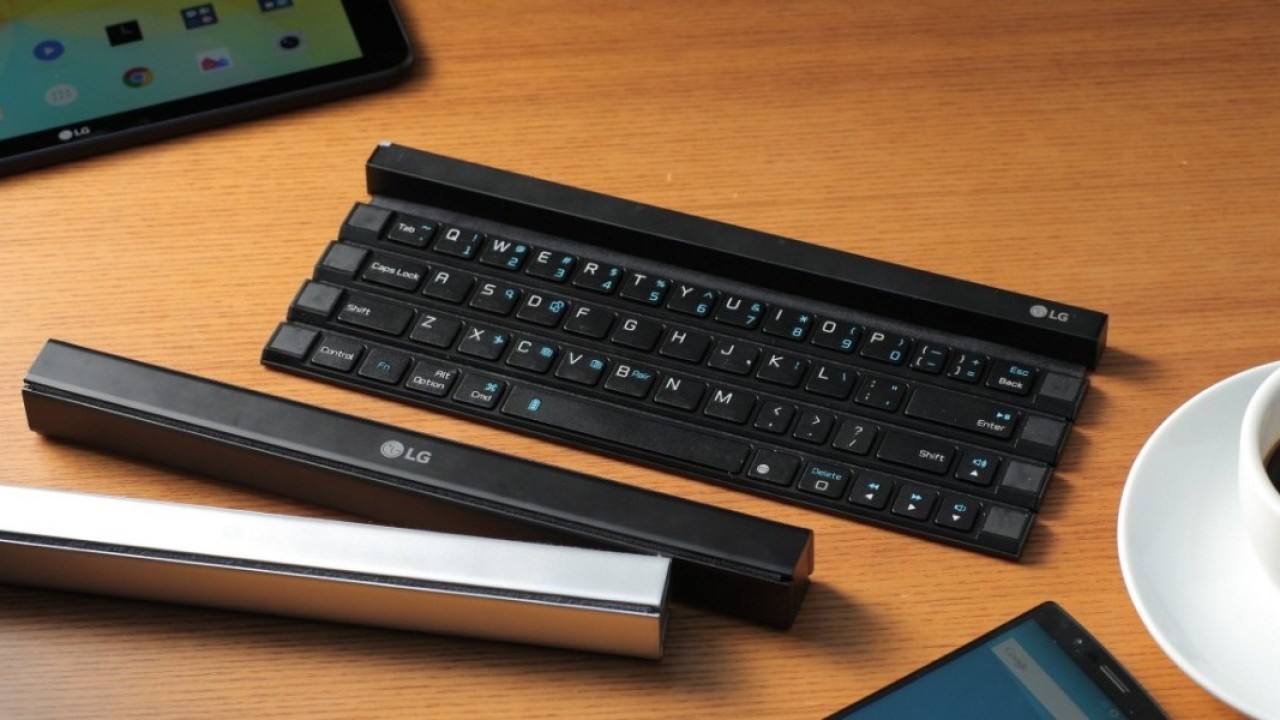 LG has announced the Rolly Keyboard, which can work with two devices simultaneously and folds up into a stick for pocketability.

The Rolly unfurls to offer a wireless keyboard that LG says even desktop users will find large enough and comfortable to use. It also has two arms that fold out to hold phones or tablets up to 10 inches long in an upright position.

LG says you’ll get about three months of use out of a single AAA battery on the Rolly.

The company will launch the device in September in the US, followed by other markets later this year. LG added that it will launch “many premium input devices” in the coming months, that should pair well with the recently announced LG G Pad II tablet.